Samsung announced today that its flagship Galaxy S III smartphone will receive Android 4.1 Jelly Bean in the U.S. in the “coming months.”

Samsung isn’t specific on when the Galaxy S III Jelly Bean update will reach phones in the U.S., instead it will leave the rollout process to the carriers. Verizon, AT&T, T-Mobile, Sprint, and U.S. Cellular will all announce their own update rollouts when the OS update passes testing and is available. 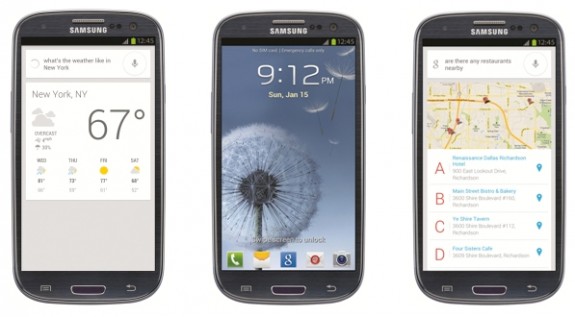 In addition to the Jelly Bean improvements the update will bring a few changes to Samsung’s TouchWiz UI. With Jelly Bean Galaxy S III users will gain “Blocking Mode” which blocks calls and notifications for a period of time. Blocking Mode sounds a lot like the great Do Not Disturb feature from iOS 6.

The Jelly Bean will also bring a few improvements to the Galaxy S III’s camera. After the update users will gain more filters for photos and video, and a new low-light mode for photos. The camera will also gain a new pause and resume recording feature to record several separate scenes in one file instead of multiple files.

Other new features include one-tap pairing with NFC and AllShare built into the ESPN ScoreCenter app.

Android 4.1 Jelly Bean is already available on the Samsung Galaxy S III in other countries, but Americans will have to wait just a bit longer for carriers to approve the update.