It looks like the Samsung Galaxy S III will be headed to regional carrier, U.S. Cellular.

The carrier has yet to make anything official but this seems to all but confirm the device for the carrier’s network.

It appears as though the 16GB model will be the only version available and it will arrive in both the pebble blue and white. U.S. Cellular could, of course, look to offer the 32GB model later on. 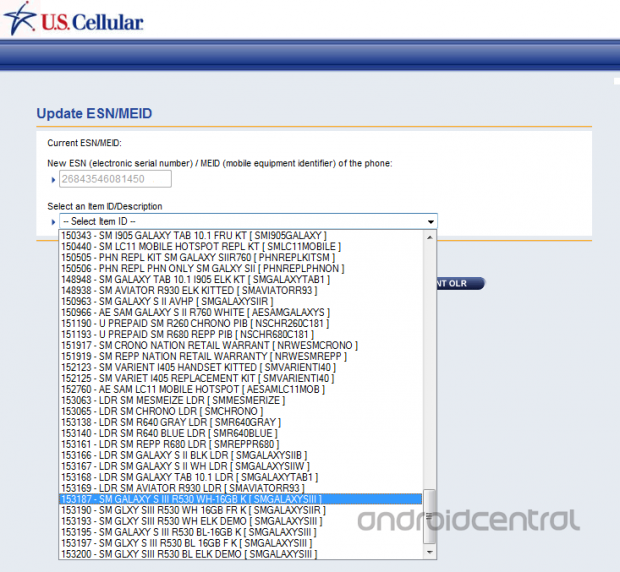 U.S. Cellular currently has a 4G LTE network in place which means that it should play host to the 4G LTE Galaxy S III. The carrier will be making a massive LTE expansion sometime in the middle of this year which should make the Galaxy S III an even more appealing option than it already is.

Earlier today, Samsung announced that the pebble blue model has been delayed for two to three weeks in several regions including the United Kingdom where the phone launched today.

It’s unclear if that delay will affect the launch on U.S. Cellular or any of the other carriers that the device is expected to launch on in June.

The Galaxy S III is expected to touch down on AT&T, Sprint, T-Mobile and Verizon in addition to U.S. Cellular. No American carrier has revealed exactly when the device will be arriving though.

T-Mobile is rumored to be getting the phone on June 20th and it’s possible that we could see a nationwide launch on that date.