Samsung’s third-generation Android flagship smartphone is a hot and popular device among Android users, and it doesn’t look like momentum for the Galaxy S III is slowing down anytime soon. The South Korean smartphone and tablet manufacturer has announced that sales for the Galaxy S III has now topped 10 million units worldwide in under two months. Samsung’s Shin Jong-kyun anticipates that the company will sell 20 million Galaxy S III phones by Fall. 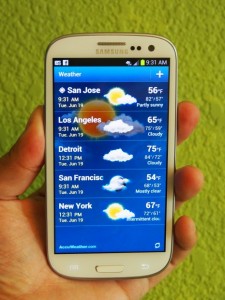 Samsung did not specify if the hallmark figure means sales to consumers or merely units ships to carriers and retailers according to a report on Mobileburn.

In the U.S., Samsung scored a major victory as all four major U.S. carriers, making it one of the most widely available phones to consumers. Additionally, with the Galaxy S III, Samsung also won some leverage against carriers as it sells the Galaxy S III with a design that’s unchanged from the international GSM version, something that the company had not been able to do on previous Galaxy S generations. Internally, the Galaxy S III in the U.S. is slightly different than the international version as it supports 4G LTE connectivity, a dual-core Snapdragon S4 processor rather than Samsung’s quad-core Exynos CPU, and comes with 2 GB of RAM for multitasking. The Galaxy S III comes with an HD Super AMOLED display and advanced sharing capabilities.

The Galaxy S III currently competes largely with the HTC One X, also known as the HTC EVO 4G LTE on Sprint in the U.S., for the Android crown. It will soon compete with the rumored iPhone 5 and the Android-powered Motorola Droid RAZR HD as well as future Nexus models directly from Google.