The Samsung Galaxy S2 is an aging device and many were taken by surprise when it was said to be getting an upgrade to the then current version of Jelly Bean, Android 4.1, which was first released in July for Google’s Nexus devices and then spread to other devices like the Samsung Galaxy S3. In the past, older Android phones have been left behind when it comes to big upgrades with a phone like the HTC Rezound coming to mind.

Finally, in November, we witnessed the first leak of a Samsung Galaxy S2 Android 4.1 Jelly Bean update. The leak was significant as it all but confirmed that a Jelly Bean upgrade was on the way for owners of the Samsung Galaxy S2, a device that first arrived all the way back in 2011. In the weeks that followed, we saw a number of rumors and some more leaks, all of which culminated in an official release that arrived in late January.

And while many manufacturers are content with the features of Android itself, along with some bug fixes, Samsung typically adds in a little extra to its software updates. Case in point, the Galaxy S2 update came with not only the Nature UX skin found on the Galaxy S3 and Galaxy Note, but also S Cloud services, new widgets, two different home screen modes and more.

Needless to say, it’s a big update and one that Galaxy S2 owners have been looking forward to. And while many owners of the Galaxy S2 have been enjoying their upgrade from Android 4.0 to Android 4.1, there are still plenty of owners without the update, particularly in the United States.

That said, it’s now time to take a detailed look at the progress of the Galaxy S2 Jelly Bean update in the United States and analyze what we might see happen with variants that still don’t have the software. 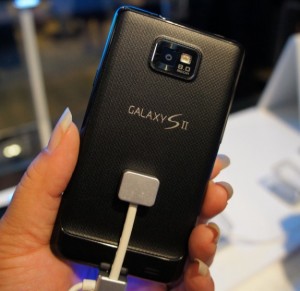 AT&T’s Galaxy S2 recently got an update, but it wasn’t Android 4.1.

AT&T still has not confirmed the Samsung Galaxy S2 Android 4.1 Jelly Bean update for arrival though this shouldn’t come as a surprise to anyone. AT&T typically does not confirm updates until the day of a roll out.

Owners of the AT&T Galaxy S2 were likely faked out a few days ago as AT&T rolled out an extremely small update to Android 4.0 that fixed an issue wherein the device would abruptly shut off while sitting idle. Obviously, this was a fantastic update for those experiencing the issue. For others, it was a bit of a Jelly Bean tease.

AT&T typically is extremely slow to major Android updates and that means that we could see at least one more roll out, likely from T-Mobile, come before it. And given that Rogers, a carrier that typically mirrors AT&T Android release dates, has already rolled out the update, we have no possible time frame for the AT&T Galaxy S2 update.

Sprint, as it has several times in the past, kicked off the Samsung Galaxy S2 U.S. Android 4.1 Jelly Bean roll out. On March 28th, Sprint rolled out the Galaxy S2 Jelly Bean update Over-the-Air and became the first carrier in the U.S. to offer the upgrade. This is important for a number of reasons.

First, it means that the update is not going to skip the United States and Sprint has put the pressure on other carriers to update their devices.  As we saw with the Galaxy S3 Premium Suite update that missed the U.S. with Android 4.1.2 across all carriers, carrier updates are typically aligned.

Second, Sprint’s update included many of the features that we saw the international variant take from the Galaxy S3. Pop Up Video, Easy Mode, Smart Stay, Easy Call and more were on board the update so it appears that U.S. carriers will be offering Samsung software features and not just those that come within Android 4.1 Jelly Bean.

T-Mobile is generally pretty good updating its devices with fairly swift Android updates. However, it still hasn’t offered any details when it comes to the missing Galaxy S2 Android 4.1 update.

The Magenta carrier is almost never last to software updates which means that it could very well be the next in like to update its version of the Galaxy S2 to Jelly Bean.

So far though, no leaks, no release date, no leads. T-Mobile typically confirms a roll out on the day of the roll out so don’t expect to see any news arrive early.

U.S. Cellular was extremely late in getting its Galaxy S2 Android 4.0 Ice Cream Sandwich out to owners and it’s possible that that type of delayed timing could plague the Galaxy S2. 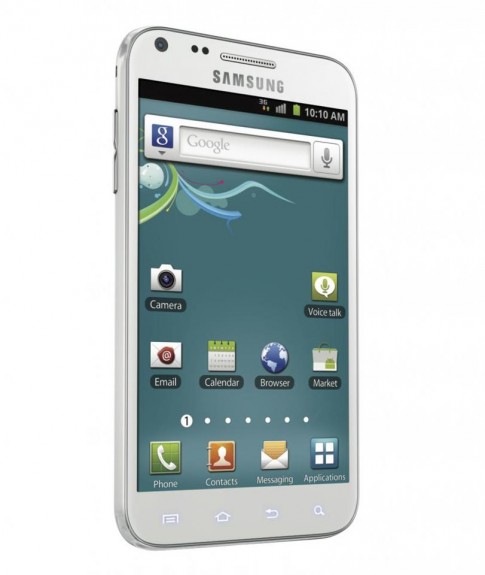 The Galaxy S2 on U.S. Cellular could be last in line for Android 4.1.

So far, the carrier has not confirmed anything but we wouldn’t be surprised to see the carrier be the last one to issue Jelly Bean for its Galaxy S2. U.S. Cellular typically confirms timing on the day of the roll out so like T-Mobile, don’t expect to see any official information arrive ahead of its roll out.

Verizon unfortunately is in the same position as the AT&T, T-Mobile and U.S. Cellular versions of the Galaxy S2. Verizon is notorious for putting its devices through rigorous testing before publicly issuing an update, something that often causes it to fall behind other carriers in terms of roll out timing.

We expect similar to happen with the Verizon Galaxy S2 Jelly Bean update which will more than likely roll out after AT&T and T-Mobile gets their devices updated with the latest software.

Fortunately, Verizon Galaxy S2 owners will have some warning signs ahead of the update. Unlike other carriers, Verizon typically posts updates to its website shortly ahead of their roll out so we should see the Galaxy S2 update posted a day or, at the most, a few days before its arrival. 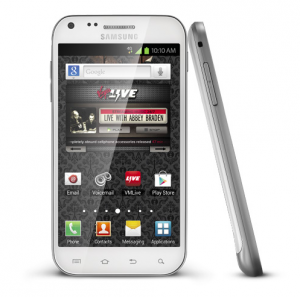 Boost Mobile and Virgin Mobile both carry the Galaxy S2 as well. Virgin Mobile, according to many users who have written in, has rolled out its version of the Android 4.1 Jelly Bean update. However,  it looks like Boost Mobile still has not yet made its plans know.

Unfortunately, besides Sprint, the details of the Galaxy S2 U.S. Jelly Bean update remain relatively unknown. However, based on past roll outs, we expect T-Mobile and AT&T to be next in line to the updates with Verizon and U.S. Cellular bringing up the rear. Boost Mobile and Virgin Mobile will likely be behind those in terms of timing and it’s possible that those updates may never roll out at all.

Sprint’s roll out also signals a few different things. One, owners of other devices should expect to get a boat load of features, including many that originally were found on the Galaxy S3. It also means that other carriers likely won’t be skipping Android 4.1 for Android 4.2 Jelly Bean, the latest version.

It also means that if these devices do get Android 4.2 Jelly Bean, and it’s possible that they will, it likely won’t come until much later this year.

The Galaxy S2 Jelly Bean update continues to roll out, it most recently rolled out in India, and we’re sure the remaining Galaxy S2 owners in the U.S. are hopeful that they’re next in line.