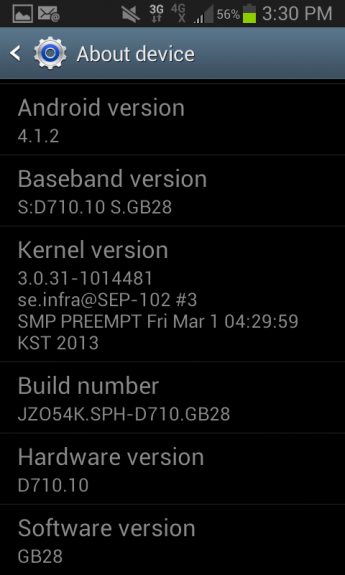 In fact, the Virgin Mobile USA Galaxy S2 Android 4.1 Jelly Bean update is also now currently available for those that wish to upgrade from Android 4.0 Ice Cream Sandwich to Android 4.1.

It’s unclear just how long the update has been out for but today we received several tips from Virgin Mobile Galaxy S2 owners who were told that they could upgrade to Android 4.1. Virgin is evidently sending out a text message that reads:

VMFreeMsg: An Android(TM) Jellybean upgrade is available for your device. Go to www.samsung.com/us/mobileupdates/virginmobile/gs2 for update instructions.

That link leads to a page that features instructions on how to upgrade the Samsung Galaxy S2 through Samsung Kies, the software that allows owners to upgrade by using their PC. It doesn’t appear that the update is rolling out Over-the-Air.

Oddly enough, Virgin Mobile’s own website is still featuring Android 4.0 Ice Cream Sandwich as the Galaxy S2’s operating system, despite us confirming with owners that the update is live.

Regardless of the listing, those with the Virgin Mobile Galaxy S2 are now free to update to Android 4.1 Jelly Bean which will bring a number of new features to the table including Google Now, improved user interface, better widgets and multitasking and more.

What’s more is that the update should also bring a number of Samsung’s own software features including Pop Up Video which allows owners to situate video anywhere on the screen and continue using the phone as normal.

Thanks to Jim for the tip!