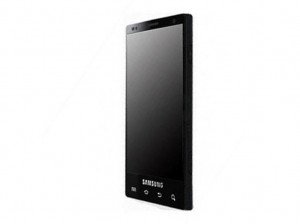 With reports of an ‘evolved‘ next-generation Galaxy S successor around the corner with a potential announcement from Samsung at February’s Mobile World Congress, we’re hearing more information about the Android super-phone’s leaked specs. According to TechRadar, the Galaxy S’s successor will be named the Galaxy S2 and will come with a dual-core processor, either from NVIDIA in the form of the Tegra 2 or from Samsung in the form of Orion.

Moreover, with the increased in CPU and GPU power, the Galaxy S2 will support better multimedia capabilities when compared to its predecessors. The camera’s image resolution has been increased to 8 megapixels, up from 5 on the original Galaxy S. Video capture can now be done, according to speculations, at full 1080p HD resolution, up from the 720p HD resolution on the Galaxy S.

Additional specs for the handset are detailed by Unwired View as:

The device has a codename of Seine. Samsung says that more information may be revealed on February 1 ahead of MWC.