Before the Samsung Galaxy S4, there were two record breaking Samsung smartphones, both from the Galaxy S series. The first, the Samsung Galaxy S2, arrived at the beginning of 2011 and went on to set Samsung sales records and start the company’s ascent towards the top of the Android heap where it currently sits. 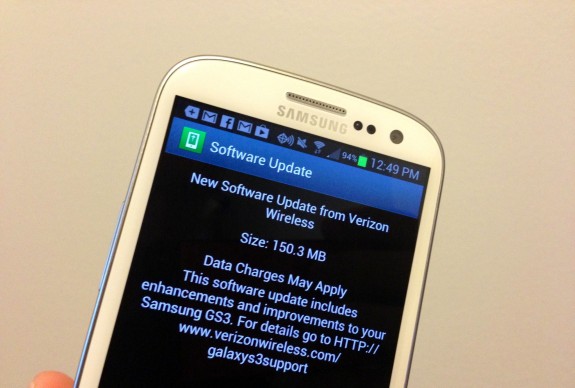 Here, we take a look at the fates of the Galaxy S3 and Galaxy S2.

The Samsung Galaxy S3, which arrived a year later, launching in May of last year and soon, smashed the sales records that the Galaxy S2 had set, accumulating over 40 million devices sold around the world. The Galaxy S3 and its marketing campaign were the ones that firmly planted Samsung next to Apple and its iPhone and its what has caused such excitement about the Galaxy S4’s arrival.

Samsung’s latest smartphone, the Galaxy S4, is scheduled to arrive in just a few days, landing on an assortment of carriers, including T-Mobile which will be releasing the device on April 24th. And while the Galaxy S4 is the hot device, and the one that is fresh in the minds of consumers, it won’t completely replace the Galaxy S3 and the Galaxy S2, despite their age.

When the Samsung Galaxy S4 arrives, it will be the first Samsung smartphone running Android 4.2 Jelly Bean, the latest version of Jelly Bean. And while Samsung hasn’t trumped that feature up, likely because it wants to promote its own software features, Galaxy S3 owners should take notice.

Samsung likely has been holding off on upgrading any of its other devices with Android 4.2 so as not to take away from the Galaxy S4. That said, once it arrives, the playing field should open up and devices not called the Galaxy S4 should start to see some movement as far as their Android 4.2 updates are concerned.

Already, we’ve heard some rumors about the Galaxy S3 Android 4.2 update, specifically, that it could start arriving as early as May or June. This seems likely.

Samsung knows that the Galaxy S3 is in the hands of millions upon millions of consumers and it wants to keep those consumers from jumping ship once their contract ends. One way of doing this is to keep them happy with features, features that come with new software updates. We saw Samsung quickly roll out Android 4.1 Jelly Bean to the Galaxy S3 last year and we expect Samsung to be quick to the trigger with Android 4.2.

Fast, efficient updates means happy customers and because of that, we expect the Galaxy S3 Android 4.2 Jelly Bean update to roll out not too long after the Galaxy S4 has been on shelves.

U.S. Carriers Won’t Roll It Out for Ages, But Will Bundle Premium Suite

That said, we don’t expect all Galaxy S3 owners to get Android 4.2 Jelly Bean in the near future. In fact, owners of the Galaxy S3 in the United States should expect a lengthy wait for the update to arrive.

Typically, Samsung updates work out like so. The update first hits unbranded international versions of the device. Soon after that, it hits a few European regions, then devices in Korea, then it starts hitting various carriers. Last on the list usually are the American carriers that update their devices months after the initial roll out. The exact space in time between the international roll out and the U.S. roll out is unpredictable but it’s generally in the months.

That said, while the Galaxy S3 may get Android 4.2 soon, U.S. variants will be waiting. In fact, we wouldn’t be surprised to see them waiting until July or August and possibly as late as September for Android 4.2.

We don’t expect it to be all bad though. In fact, we expect U.S. carriers to finally deliver the missing Premium Suite of features, including Multi-View, along with Android 4.2. U.S. carriers skipped the features with the Android 4.1.2 update, the same update that delivered the Premium Suite to many Galaxy S3 variants around the world.

However, we don’t expect U.S. carriers to skip it entirely. Don’t be surprised to see at least some of the Premium Suite’s features arrive along with Android 4.2 update for Galaxy S3 devices in the U.S.

So when might those features come to the Galaxy S3? Samsung wants to keep its Galaxy S3 fresh and relevant, and a great way of doing that is to add some extremely enticing software features to the aging smartphone. The Samsung Galaxy S4’s camera features alone are powerful enough to make the Galaxy S3 continue to be relevant and that’s why we believe Android 4.2 will come with Galaxy S4 features on board.

Samsung Galaxy S2 Will Get Android 4.2

The Samsung Galaxy S2 is an extremely old device, at least in smartphone years, but we don’t think the device is dead yet, at least not internationally.

While the Galaxy S2 is now two years old in some places, we think that Samsung will follow Apple’s lead and keep its elder statesmen updated with fresh software. Specifically, we think that the Galaxy S2 may get an update to Android 4.2 Jelly Bean at some point down the road. It may not be as extensive as Android 4.1 Jelly Bean was, but we can certainly see Samsung keeping the phone fresh with some features from Android 4.2.

Of course, if the update does in fact roll out, it won’t be for quite awhile, at least several months after the Galaxy S3 gets it. It’s possible that U.S. carriers will offer the software update but given that U.S. Cellular and others have yet to roll it out, it likely won’t be until the fall or even later than that before it does arrive.

We wouldn’t be surprised to see the Galaxy S3 and Galaxy S2 left on Android 4.2 in the U.S.

Even if the quad-core processor requirement turns out to be false, given the age of the Galaxy S2, we doubt that Samsung, let alone any U.S. carrier will upgrade the device with Android 5.0. It’s too old and resources will need to be focused elsewhere.

As for the Galaxy S3, as we’ve seen, carriers value performance over new features. So, if there is already talk of a dual-core processor potentially not being enough to power Android 5.0 Key Lime Pie, we could see carriers simply opt to pass it over in favor of smaller features in incremental updates.