Samsung Canada has announced that it will be rolling out the Samsung Galaxy S3 Jelly Bean update on December 3rd through an Over-the-Air update.

The Canadian division of Samsung made the announcement through its Twitter account saying the update would start rolling out next week and next Monday to be exact. The company was coy on carriers would see the Jelly Bean update arrive first but we imagine that those details will become available soon.

And while the company doesn’t specifically say it, we imagine that the update will not be the Android 4.2 Jelly Bean update and instead will be either Android 4.1.2 or Android 4.1.1 Jelly Bean with the latter of the two Android 4.1 updates being the probably firmware. 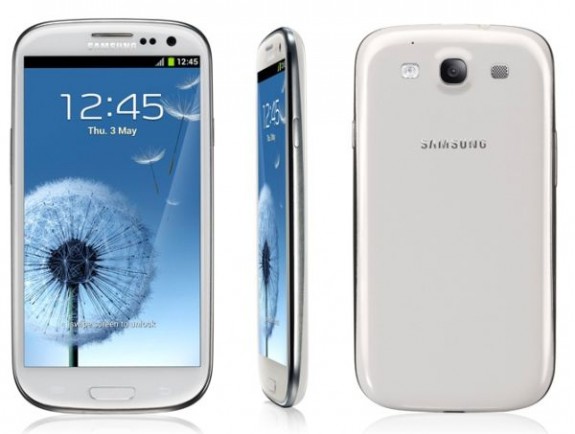 The Galaxy S3 in Canada will get Jelly Bean starting next week.

Not like that is a problem as Android 4.1 Jelly Bean is a massive upgrade over Android 4.0 Ice Cream Sandwich, the software that is currently running on the Canadian versions of the Galaxy S3.

The Android 4.1 Jelly Bean update brings a number of new features including a smoother user interface, better Notifications, more Camera app features, Face Unlock improvements, better Calendar and Browser applications and a whole lot more. Again, it’s a great update and one that owners of the Galaxy S3 will want to download given what it offers.

The roll out to the Galaxy S3 on Canadian carriers comes shortly after the second Galaxy S3 model in the United States received its Android 4.1 Jelly Bean update. Thus far, only the Sprint and T-Mobile Galaxy S3 models have received the new software leaving the AT&T, Verizon and U.S. Cellular Galaxy S3 variants out in the cold. Those three carriers still haven’t revealed when their devices might see the update though Verizon’s update has leaked several times.

Fortunately, for those living in Canada with the Galaxy S3, the initial roll out date has been revealed and the wait for Jelly Bean should be ending in just a few days time.