The Samsung Galaxy S3 LTE, which appeared yesterday online at T-Mobile, has subsequently vanished though the carrier’s online portal though it appears that it may be on sale at retail locations ahead of a widespread June 5th release.

Yesterday, without any sort of official announcement, the Samsung Galaxy S3 LTE appeared on T-Mobile’s website, ready to buy. The device, which had a price tag of $530, just $50 cheaper than the new HTC One, seemed to be available despite rumors of a launch on June 5th. A T-Mobile customer service representative even assured us that the device was on sale.

Oddly, the Samsung Galaxy S3 LTE has vanished completely from T-Mobile’s website, the link that once brought consumers to an LTE-powered Galaxy S3, now leading to nowhere.

Even stranger is some new intelligence from TMoNews that suggests that the Samsung Galaxy S3 LTE is now available at retail locations around the country. The intel suggests that T-Mobile branded stores around the U.S. will be replacing the HSPA+ version of the Galaxy S3 with the Galaxy S3 LTE, a device that will look exactly the same as the other model, only it will be able to pull down extremely fast data speeds. 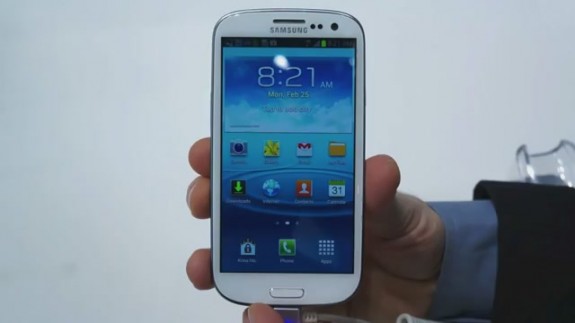 The Galaxy S3 LTE comes shortly after the launch of the Galaxy S4.

It looks like T-Mobile will also be selling the device online though the listing has vanished and there is no trace of the words ‘LTE’ on the splash page for the Galaxy S3 that is listed.

It appears that all channels will have the device available on June 5th so it could be that it won’t make an appearance online until then. Whatever the case may be, this has been an extremely bizarre launch to say the least. 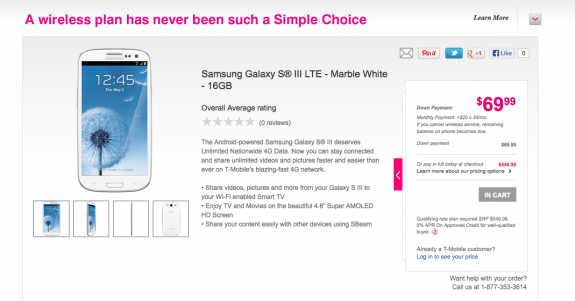 The Galaxy S3 LTE is apparently on sale at T-Mobile, though it doesn’t appear online anymore.

T-Mobile for its part has yet to clear up the situation as it hasn’t responded to comments about the launch and still hasn’t issued any official information about its updated Galaxy S3.

What’s clear though is that those who aren’t interested in a Samsung Galaxy S4 will have the opportunity to pick up an LTE version of the aging former flagship from Samsung.