Earlier this month, the Samsung Galaxy S4 finally hit shelves in the United States after a lengthy wait and some delays that knocked the release date back a few days on several carriers. So far, AT&T, Sprint, U.S. Cellular and T-Mobile have put the Galaxy S4 up for sale and Verizon will be joining them in late May.

The Samsung Galaxy S4 comes equipped with some serious hardware capabilities. It features a large 5-inch 1080p display, it has a quad-core processor to help with things like gaming and multitasking, it has a 13MP camera that can shoot good photos, even while it low light and it comes with a slim durable design.

It also comes with powerful software, the first Samsung device to run Android 4.2 Jelly Bean and the first to feature a multitude of new Samsung software features including several that allow owners to utilize the display without having to touch it. It also was announced in six different variants with black and white color options and 16GB, 32GB and 64GB variants. And while the storage space didn’t seem to be an issue at first, as we’ve pointed out, it’s quickly starting to become one.

All five carriers will have the Samsung Galaxy S4 16GB model on hand throughout the course of 2013. However, it’s still unclear just where the 32GB and 64GB models will be landing, if they ever do at all. 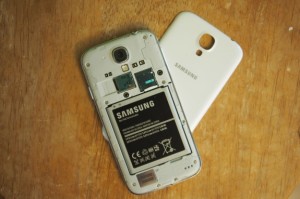 Thus far, only AT&T has confirmed that it will be releasing a 32GB Galaxy S4, a variant that still isn’t out on shelves, and is said to be coming soon. AT&T has refused to comment on a release date when asked and a representative informed Gotta Be Mobile that there don’t appear to be any immediate plans to release a 64GB model on its 4G LTE network.

Sprint, when approached about the possibility of a 32GB and 64GB model, completely ignored the question. T-Mobile has yet to confirm anything to us though right now, it only sells the 16GB model and hasn’t said anything about any future plans. U.S. Cellular hasn’t confirmed any plans for 32GB or 64GB models either.

Verizon on the other hand has confirmed to Gotta Be Mobile that it will never sell a 32GB Galaxy S4, which means that it likely won’t have a 64GB model on hand either.

While this doesn’t seem to be much of an issue, Verizon played it down when it confirmed to Gotta Be Mobile that it wouldn’t be carrying the larger models, it actually is a problem and it’s going to be a problem for many of those that buy the 16GB model.

Right now, the only Samsung Galaxy S4 variant available in the U.S. is the 16GB model. And right now, it seems as if AT&T may wind up being the only carrier to offer anything larger. Verizon told us that it has heard that other carriers will follow its lead and not offer 32GB and 64GB models though as of this time, none of the others are willing to confirm that.

As Verizon explained to us, the 16GB model is fine for users as they can simply pop in a 64GB microSD card slot and take advantage of the various cloud storage options available. 80GB of storage is likely plenty for a lot of people out there. However, problem is, 80GB isn’t going to be how much that 16GB Galaxy S4 owners have access to, even after installing a microSD card. 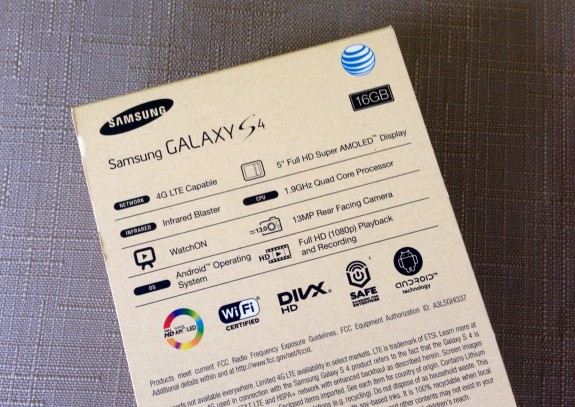 AT&T, and other carriers, don’t come right out and say that 16GB isn’t on board.

That’s because the 16GB Galaxy S4 doesn’t possess 16GB of storage. In fact, as Geek has pointed out, and we have confirmed, the 16GB Galaxy S4 only possesses a fraction of the advertised space. Specifically, it comes with about half of its advertised storage space available, space that is necessary for files like photos, videos, apps and more. The other half is unfortunately taken up by Android, bloatware and more.

Manufacturers and carriers bury disclaimers and post vague language like “Up to 16GB” of storage space to absolve themselves of claims of wrong doing. Yet, in the big print and on the box, it clearly says 16GB, something that can easily confuse consumers.

So instead of the advertised 16GB of internal storage, the device comes with just over 8GB of storage space. This means that most customers are going to have to shell out money for a microSD card or look into cloud storage. And for many, that was likely a cost that they didn’t want to incur after paying the steep prices for the Galaxy S4, its data plan and more. 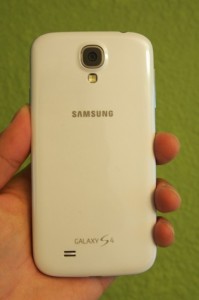 The larger models matter to those who need a lot of smartphone space.

Simply put, the fact that the Galaxy S4 16GB comes with just over 8GB of storage space is the reason that these larger models matter. Sure, users can root their phone to wipe bloatware, or buy a microSD card, or invest in cloud storage, but not all users want to do that. Some users simply want to use the advertised internal storage space. And we’d be willing to bet that all users want a figure that is at least close to the advertised internal space.

In a world where apps, photos and video take up an absolute ton of space, users need as much storage space as they can get. It also doesn’t help that burst shot photos can’t save onto the Galaxy S4’s microSD card, only to the internal storage, making for a very fragmented experience.

Without the 32GB and 64GB options, some users are going to find themselves severely limited and out extra money that they maybe didn’t plan on spending.

We still aren’t sure if the 32GB and 64GB models will be coming to users in the U.S., but it’s clear that they are going to matter to some people, especially in the light of this issue which unfortunately isn’t confined to the Galaxy S4, but affects many popular smartphones including the HTC One.

For many, this won’t be a deal breaker, but it’s something to keep in mind before buying the 16GB model. And with no guarantee that 32GB and 64GB models are heading to the U.S., it could be that this is the only route that users buying the Galaxy S4 in the U.S. will be able to take.