The Samsung Galaxy S4 Android 4.3 Jelly Bean update roll out will continue today in the United States as U.S. Cellular, the nation’s fifth largest carrier, will be the third carrier to roll out the Galaxy S4 Android 4.3 Jelly Bean update in the United States with AT&T and T-Mobile now the only major carriers who haven’t upgraded their flagship Galaxy S.

Fortunately for owners, Samsung has confirmed the U.S. Cellular Galaxy S4 Android 4.3 roll out for today, detailing the features that will be coming on board the software. The company did something similar for the previous Galaxy S4 updates in the United States so there is a very, very good chance that we’ll see the roll out begin today.

The update will be coming with the expected features including Samsung KNOX, support for the carrier’s Galaxy Gear accessory, and some updated applications. It should also bring a number of other features to the table including software features borrowed from the Galaxy S4. The update is the most substantial update that the Galaxy S4 has received in quite sometime and Samsung hopes that it will make the phone feel fresh.

It looks like the update will be made available Over-the-Air (OTA) so owners will want to, throughout the day, check inside their settings to see if the update has arrived. 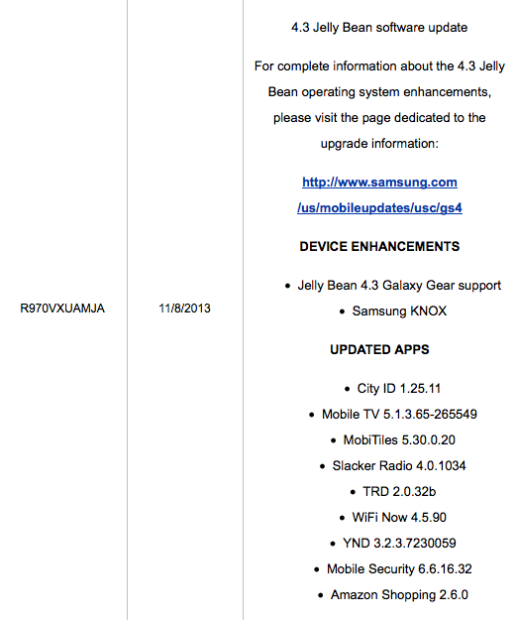