The Samsung Galaxy S4 is presumed to be Samsung’s upcoming successor to the wildly successful Samsung Galaxy S3 Android smartphone that launched on various U.S. carriers earlier this year. Samsung’s Galaxy S4 isn’t expected to be announced or released until 2013 but that hasn’t stopped a host of of rumors from coming to the surface well before its unveiling.

Thus far, a host of Galaxy S4 features have been rumored including an unbreakable display, 1080p resolution for its screen, a 13MP camera, Android 5.0 Key Lime Pie and more. Many of the rumors seem fairly credible given the landscape of the Android market. Others, seem a little off-base.

And while there isn’t a clear picture of the Galaxy S4 and likely won’t be until its launch date, said to be anywhere from February to May, we can still make some predictions about what could be on board the Samsung Galaxy S4 when it arrives. Keep in mind, these are just predictions and not fact so it’s entirely possible that the features discussed here won’t be on board the Galaxy S4. However, we feel that nothing mentioned here is beyond the realm of possibility.

Here now are predictions in regards to the Samsung Galaxy S4 features. 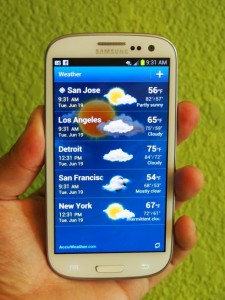 Rumors dictate that the Samsung Galaxy S4 could have a 4.99 to 5-inch AMOLED display that features 1080p resolution and a whopping 441 pixels-per-inch. That blows the iPhone 5’s display out of the water from a technical standpoint and puts it on par with the likes of the Droid DNA and HTC M7, the latter of which will likely be HTC’s Galaxy S4 competitor.

We just wouldn’t bet on it.

According to a report from The Verge, phones with flexible displays are still awhile off and that means that the Galaxy S4 is unlikely to feature that type of technology. That doesn’t mean that a Galaxy S smartphone will never have the technology on board but as far as the Galaxy S4 is concerned, don’t get those hopes up. This type of technology seems more feasible for a device like the Galaxy Note 3 which is rumored to be coming with a massive display some time in 2013.

The Galaxy S4 though will almost assuredly feature Samsung’s new AMOLED display with 1080p resolution and a high PPI count. It will also likely be absolutely massive as most Android smartphone displays are.

Look for Samsung to also keep the display size below 5-inches so as not to fall into the phablet category of smartphones, something that HTC is desperately trying to avoid with the Droid DNA. A 4.8-inch to 4.99-inch AMOLED display with 1080p resolution sounds about right.

The real design overhaul should come with the Galaxy S5 and its, likely, flexible display.

2GB of RAM seems likely, NFC is probable as just about every Android smartphone on the market right now has the feature on board, and expect Samsung to be wiser than the likes of HTC and feature either expandable memory or a host of storage options and a removable battery to boot.

One area that I think Samsung will focus on, as it did with the Galaxy Note 2, is battery life. The Samsung Galaxy S3 featured a 2,100 mAh battery that offered 6-13 hours of usage on a single charge, at least on AT&T’s 4G LTE network. Samsung will very likely bump that battery size up like it did with the Galaxy Note 2 all while keeping the frame of the device skinny.

Another big feature I expect to be on board is native wireless charging, similar to what the Nexus 4 has on board. With the Galaxy S3, the feature never really panned out as one of its main draws and I’m willing to wager that the Galaxy S4 will have some kind of built-in wireless charging functionality. 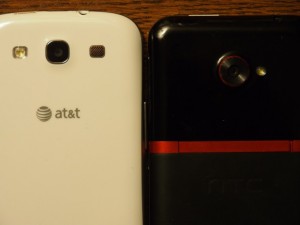 Look for significant improvements to the camera.

The Samsung Galaxy S3 came equipped with a good camera that was backed by some impressive software from Samsung’s side. The camera though wasn’t as good as the likes of the HTC One X’s or the iPhone 5’s leaving owners wanting more. According to rumors, Samsung will be introducing a 13MP camera with the Galaxy S4 that may up the ante in the camera department.

Mega-pixels certainly aren’t everything when it comes to a camera but at the very least, we expect Samsung to deliver a fantastic camera with the Galaxy S4, much improved over the Galaxy S3. What I am saying is, don’t expect the lackadaisical effort that Samsung put into the Galaxy Note 2 camera which is exactly the same as the camera found in the original Galaxy Note.

As for the front-facing camera, there will likely be something serviceable but look for the rear camera to be the more talked about of the two.

One of the more interesting rumors going around is that the Samsung Galaxy S4 will feature Android 5.0 Key Lime Pie, Google’s upcoming Android software, that is rumored to be coming at Google I/O 2013 in the middle of May. This is definitely a possibility given that Samsung released both the Samsung Galaxy S3 and Galaxy S2 in May and could opt to push the Galaxy S4 launch further into summer so as to get the latest update on its device.

Let’s face it, Android 4.2 Jelly Bean is nice, but it’s not going to be a big selling point with average consumers so getting Android 5.0 Key Lime Pie on board very quickly could make the Galaxy S4 even more attractive then it already probably would be.

At this point, I’d like to think that Samsung is going to get Android 5.0 Key Lime Pie on board the Galaxy S3.

Samsung will also likely introduce some major additions to its TouchWiz software and given what it has done in the past with Multi Window View and some of the other unique tweaks, especially in the camera application, expect some powerful software to arrive to complement Android 5.0. If I had to make a prediction, I’d say that there might be one or two big features with some major updates to some of Samsung’s existing features.

Lastly, price. With the Samsung Galaxy S3, Samsung launched the 16GB model for $199.99 on-contract on every carrier but T-Mobile and $249.99 for a 32GB model on carriers that offered it. This is competitive pricing for a phone of this caliber and it would be odd to Samsung shift away from what works.

Look for the company to mirror Apple and keep the pricing of its flagship device consistent.