Earlier this month, Samsung announced that it would be hosting an Unpacked event on March 14th at the Radio City Music Hall in New York City. The company’s invitations to the event did not pronounce exactly what would be announced at the show though it’s quite clear that it will be the Samsung Galaxy S4, the device has been heavily rumored to be replacing the Samsung Galaxy S3 from last year.

Since December, the Samsung Galaxy S4 has been making headlines and has become one of the most widely discussed and widely rumored smartphones of 2013. And while that might come as a surprise to many consumers out there, those who were following along closely in 2012 will know that the Galaxy S4’s ascension is actually completely unsurprising. 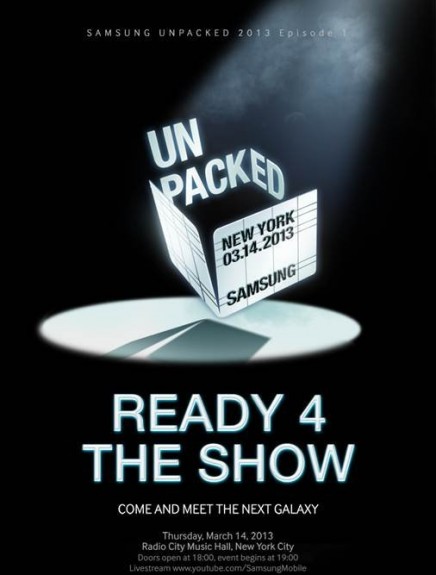 Samsung has an Unpacked event planned for March 14th. Here, is what not to expect.

Last year, the Samsung Galaxy S3 was highly anticipated prior to its launch event in May. That murmuring soon translated into a widely successful launch as Samsung released the Galaxy S3 in several regions around the world to heavy demand.

To date, the company has sold more than 40 million units worldwide which has helped put the Galaxy S series and Samsung on the map. Furthermore, its marketing campaign for the Galaxy series has put the device and the brand in the public eye, and as we’ve said before, on the same pedestal as Apple and the iPhone in terms of demand.

So, it should come as no surprise that March 14th is an extremely exciting and important date to a lot of consumers out there. While we have come to learn about what to and what not to expect from the Samsung Galaxy S4 itself – a full HD display, quad-core processor, solid camera and more – it’s now time to finish examining the Galaxy S4 launch date itself.

While Samsung hasn’t exactly perfected the launch event, it does do a pretty admirable job. With the Samsung Galaxy S3 launch we saw the company use a symphony and a beautifully massive screen to project its announcements. And with the Galaxy Note 2, it used a bit of magic to impress the audience and those watching at home.

Of course, those additions probably weren’t entertaining for everyone, but it’s certainly better than watching executive after executive walk on stage to deliver pre-arranged remarks.

Apple keeps it simple while Samsung likes to make a spectacle out its major launches and because of that, expect nothing short of fireworks come March 14th.

As we’ve said, while Samsung didn’t announce the Samsung Galaxy S4 outright in its invites to the event, the odds that the device isn’t announced on March 14th are slim to none. We’re leaning towards none. And while the device will more than likely arrive, don’t expect a perfect device to be shown on stage.

Expectations of this device are currently through the roof with consumers seemingly hoping for everything under the sun. Make no mistake about it, Samsung will likely deliver a good quality phone, but it’s not going to impress everyone, including critics. 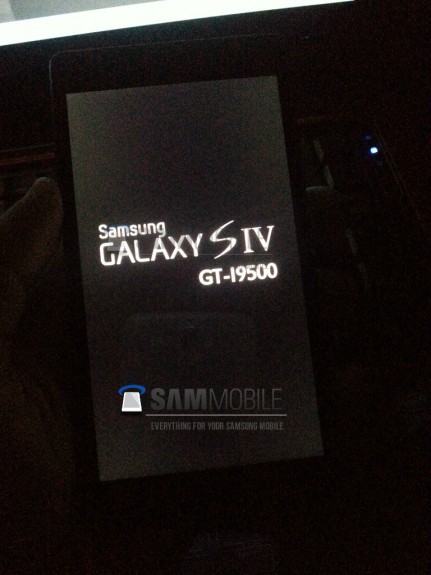 Don’t expect the Galaxy S4 to be perfect.

Maybe it’s a camera that is below expectations. Perhaps it’s the fact that the European version of the device uses an arguably more efficient processor. Or maybe the design hasn’t been changed a ton from the Galaxy S3.

What we mean is that consumers should not be expecting a perfect phone because no smartphone, at least thus far, has been perfect. The Galaxy S4 will have a perceived flaw or two or three in the eyes of consumers. It’s inevitable.

Already, we’ve heard about a few possible features that could come along with the Galaxy S4 including one called Samsung Orb which could be the company’s version of Photo Sphere. We expect there to be a number of other Samsung-made software features included with the Galaxy S4 as well.

Don’t expect a lack of software on stage, in fact, expect software to make up a majority of the show as Samsung continues to upgrade its device with smart, unique software.

Maybe the biggest surprise of the show could be the overall design of the Galaxy S4 which is a secret known only to a small group involved in the project. Last year, we didn’t see the real Galaxy S3 leak until the day of the show.

Beyond that, we could definitely see some software that failed to emerge pre-launch and quite possibly, an accessory or two that wasn’t on our radar before the 14th.

Samsung has played many Galaxy S4 cards already, but there are surely a few more up its sleeve for launch day.

Rumors suggest that Samsung might be introducing a Galaxy Watch at some point this year, and it could be that it’s a companion device for the Galaxy S4. The device is rumored to be an Apple iWatch competitor but thus far, there is no credible evidence that it will arrive at the show. 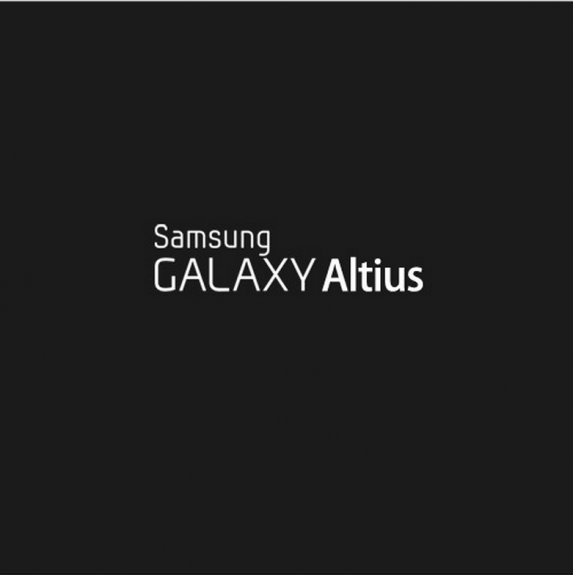 A Galaxy Watch has been rumored in the past.

Another possibility is the Samsung Galaxy S4 Mini. It could be that Samsung offers this as a cheaper model alongside the Galaxy S4, much like it did with the Galaxy S3 and the Galaxy S3 Mini.

Accessories for the Galaxy S4 will likely be announced at the show as well with a wireless charging kit figuring as the crown jewel. So, while the event may be all about the Galaxy S4, don’t expect it to be alone on stage.

One of the reasons that Samsung is apparently holding the Samsung Galaxy S4 in New York City is because U.S. carriers wanted the company to host it there. And while that could signal an earlier U.S. release date, maybe one in line with Europe and the rest of the world, don’t expect Samsung to announce specific U.S. release dates at the show. 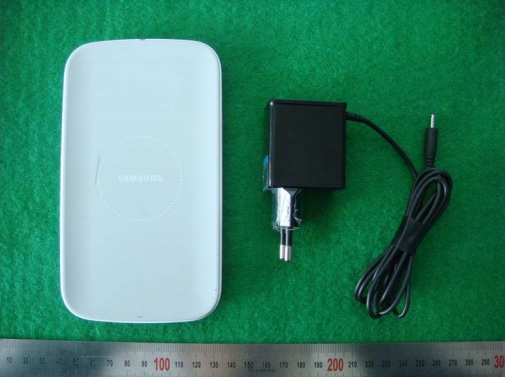 The Galaxy S4 wireless charger could be announced at the show.

Instead, the company will likely give out a release window, perhaps April, May or June and leave the specifics up to the carriers. U.S. carriers in the past have used a staggered approach wherein they used several different release dates and that’s what could occur with the Galaxy S4.

Look for carriers to offer release dates after the show, possibly in the form of vague Q2 confirmations.

While we expect the Samsung Galaxy S4 to arrive for $199.99 across all carriers but T-Mobile, which will more than likely offer it unsubsidized, don’t expect that pricing to be announce Apple-style at the event.

Instead, like the release date, expect carriers to dictate the flow of information and pricing to be revealed along with specific release dates either after the show or in the weeks ahead.