Photos of the heavily rumored but still unannounced Samsung Galaxy S4 Mini have emerged today offering prospective consumers a clear look at what appears to be Samsung’s smaller version of its current flagship, the Samsung Galaxy S4. 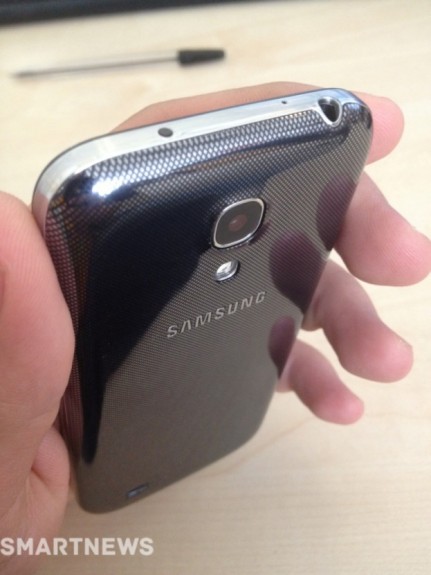 This is likely the Samsung Galaxy S4 Mini.

The latter of the two continues to leak out ahead of its arrival and today, we have our clearest shots yet of what appears to be the upcoming Samsung Galaxy S4 Mini.

Bulgarian language site SmartNews posted what appear to be photos of the smaller Samsung Galaxy S4 Mini. The photos, which offer a clear look at the device, line up with previously leaked photos of a device masquerading as the Galaxy S4 Mini. So it would appear that this device, with its plastic removable back and smaller display, is in fact Samsung’s upcoming small Galaxy S4. 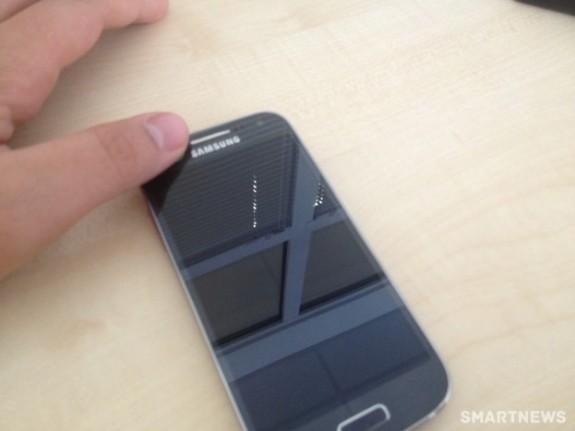 The Galaxy S4 Mini is expected to arrive in the new few weeks.

The photos don’t offer much new in the way of features but those have seemingly already been determined. The device is thought to have a 4.3-inch qHD display, dual-core Exynos processor, 8MP camera, Android 4.2 Jelly Bean and some of the Samsung Galaxy S4’s powerful TouchWiz software features. Exactly which ones remain to be seen but the new camera options are a safe bet.

The device has already been rumored to be coming to AT&T later on this year and with a launch rumored for the next few weeks, we could finally see it emerge after a lengthy bout of rumors. 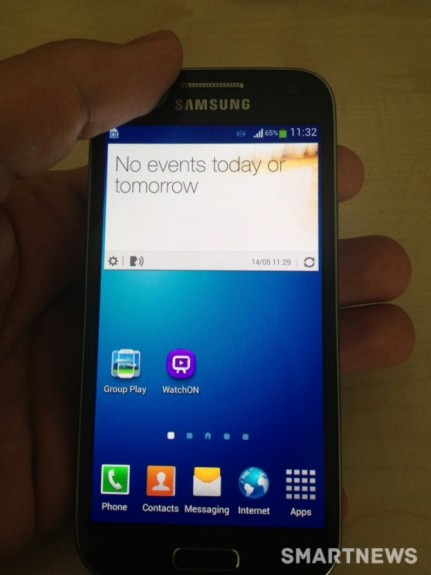 Samsung’s smaller Galaxy S4 should have a 4.3-inch display.

The Samsung Galaxy S4 Mini will join the larger Galaxy S4 which hit shelves around the world last month and features a much larger 5-inch 1080p display.