At the Invest in Photonics event in France, Samsung executive Kit Lam, who’s head of innovation at the Samsung Electronics Research Institute, had mentioned the Galaxy S4 by name in his speech, confirming the flagship successor to the wildly popular Galaxy S3 Android smartphone. The smartphone has been in recent weeks to arrive at the Consumer Electronics Show in early January, but so far Samsung has remained silent except to dismiss a rumor surrounding a February launch. 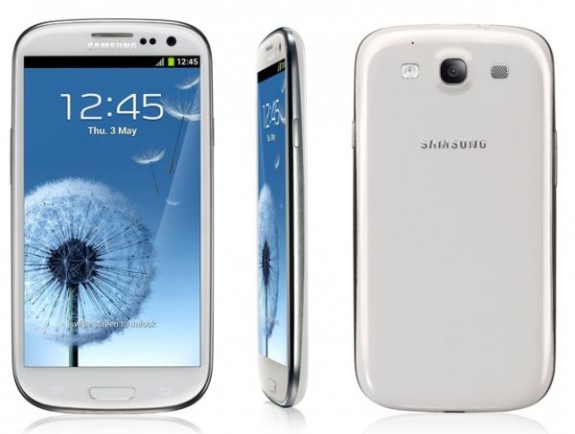 The Galaxy S3 was originally slated to launch in February 2012 at Mobile World Congress, but Samsung said that it could not complete the phone in time for that event and opted to hold a private launch event outside of a trade show. A January announcement date for the Galaxy S4 would mean that the successor would be officially unveiled less than a year after the Galaxy S3 flagship has been on the market, and there are a few good reasons why Samsung may be rushing to get a follow-up device out sooner than later.

Second, the Galaxy S3 utilizes a 720p HD display, which at the time was the highest standard for HD panels on a phone of that class. Since the Galaxy S3’s debut, we’re seeing new devices that have 5-inch panels with 1080p full HD resolution. The 5-inch panel is just 0.2 inches larger than the 4.8-inch panel on the Galaxy S3, yet offer a greater pixel density leading to a crisper display. Samsung may want to release a follow-up with a display that looks competitive on paper to leading competitions, such as the HTC Droid DNA.

And lastly, Samsung may use the non-smartphone-centric CES event to make tie-ins between a flagship smartphone and its other products, including HDTVs and smart TVs, appliances, and other electronics. According to IT Pro Portal, Lam says that Samsung will align itself with Swedish company Tobii to deliver eye-tracking technology to smart TVs. Samsung had debuted eye tracking support already on the Galaxy S3 and the Galaxy Note 2 with a Smart Stay feature that will track to see if you are looking at the screen to prevent the screen from timing out and a Smart Rotate feature that tracks your face in relationship with the screen to know if you really want to rotate the display when you turn it–a good feature for people who use their phones in bed.

Rumors in the past suggest that the Galaxy S4 would debut with a 5-inch full HD display and a 13-megapixel camera. Samsung choosing to go with the number 4, rather than skip ahead to 5, with the Galaxy S series is somewhat surprising given that many Asian countries believe that the number 4 is unlucky.