Earlier today, Google announced a brand new partnership with Samsung in the form of a new, unlocked Samsung Galaxy S4 that will be coming to the Google Play Store in late June. It’s an extremely enticing device and one that should have consumers excited, particularly because it will be marrying the features of the Galaxy S4 with Google’s stock software.

In March, Samsung announced a new flagship smartphone, the Samsung Galaxy S4, a device that has just recently arrived for four of the five largest carriers in the United States and will be heading to Verizon in just a few short days. The device combines some serious hardware with some powerful software including Android 4.2 and Samsung’s TouchWiz user interface.

Highlights include its 5-inch 1080p display, quad-core processor, 13MP camera, durable polycarbonate design with removable back and microSD card slot and a form factor that is both slim and lightweight. It’s arguably the best smartphone that Samsung has ever made and it’s arguably one of the best smartphones of all time.

The original Galaxy S4 will also be joined by another Galaxy S4 model as well, a model that is perhaps the one that many Android enthusiasts and average users alike have been waiting for.

That device of course is the newly announced Samsung Galaxy S4 Nexus Edition or Google Edition, the name isn’t official, that will be coming to the Google Play Store on June 26th. This is a big development and a device that will surely entice those who are looking for a new smartphone in the days ahead.

But what’s so important about the Galaxy S4 Nexus Edition? Here, we take a look at the five most important things to know about the new Samsung Galaxy S4 that comes with Google’s Nexus features. 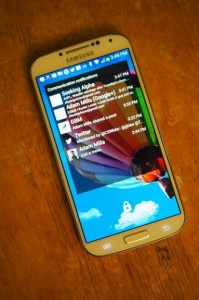 Those who are interested in this device should know that the device will likely be coming with all of the hardware features found on the original Samsung Galaxy S4. That means that it will be coming with the 5-inch 1080p display. That means that it will have a quad-core processor, though it’s unclear just which one it will have, the Qualcomm 600 or the Exynos 5 Octa.

It also likely means that it will have a massive 2,600 mAh battery with an extended battery an option thanks to the device’s removable back plate. It should be coming with a 13MP camera sensor. It should have NFC on board for mobile payments. And it should of course come with Samsung’s sleek, lightweight and slim design that checks in under 8mm.

It will of course also come with 16GB of storage. This has some consequences that consumers should definitely know about. As we’ve seen, the Galaxy S4 comes with much of its storage space eaten up right off the bat. Specifically, around 45% of the space. We hope that it will be far less with the Nexus Edition, thanks to Samsung software not being on board, but we can’t be sure.

Even if it’s an improvement over the other Galaxy S4 models, those who buy this device will still likely have to invest in a microSD card for expanded memory. 16GB simply is not enough, particularly for those that love to shoot photos and video.

At this point, a 32GB model seems to be out of the question which means that most users will need to rely not only on the microSD card, which costs extra money, but also the cloud.

Maybe the most important feature of the Samsung Galaxy S4 Nexus Edition is that it comes with a stock version of Google’s Android 4.2 Jelly Bean operating system, often referred to as vanilla Android. What this means is that the device will likely not have the Samsung software features like Smart Scroll, Smart Pause and more, features that comprise the company’s TouchWiz user interface.

From one perspective, this may be a bad thing. Samsung’s additional software has its perks including a fantastic camera application, some useful smart features including Smart Pause, a feature called Air View that allows users to hover over content for a preview and more. So for some people, the non-Nexus model might be the one to look at. 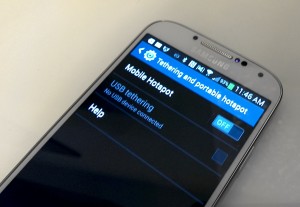 Expect faster updates with the Nexus version of the Galaxy S4.

One other reason that it will be popular is because Google announced that it will be getting updates like the rest of the Nexus devices including the Nexus 4. What this means is that updates will come straight from Google rather than from a carrier, something that cuts down on the wait times and ensures the Galaxy S4 Nexus Edition will be one of the first to major software updates.

The regular Samsung Galaxy S4 models will be at the mercy of their carriers. For those that who haven’t owned an Android device, this means lengthy waits and often miscommunication. The Android update process, despite improvements, remains less than ideal for smartphone and tablet owners. Those looking for the least amount of headaches will want to think about a Nexus device.

The Nexus 4, Google’s current Nexus smartphone, is a fantastic piece of hardware. However, it does not come with LTE support which means that users are stuck with HSPA+ networks and their slower network speeds.

This Samsung Galaxy S4 Nexus Edition will, however, officially support LTE data speeds which means that those who do wind up buying it and bringing it to a carrier like T-Mobile or AT&T in the United States, should be able to utilize their 4G LTE networks rather than their HSPA+ networks. 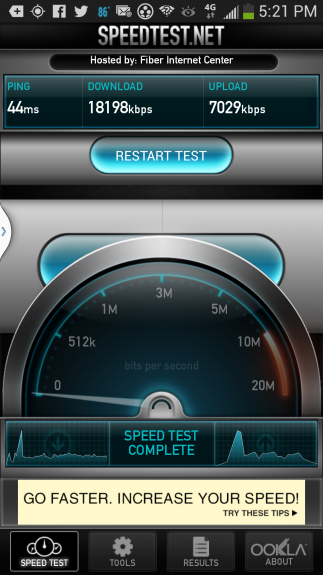 LTE is superior to HSPA+/

This is absolutely huge as it means that users of the Galaxy S4 Nexus Edition will be able to pull down data speeds that rival that of Wi-Fi networks wherever coverage is available.

Of course, all of this will come with a steep price tag. When Google announced that it would be available for $649, there was a silence that came over the room and for good reason. This is much more expensive than the Nexus 4 which checks in with two extremely affordable price tags, two of the cheapest for unlocked phones in fact.

However, that price does fall in line with the total cost of an unlocked iPhone 5. No, it’s not appetizing, but it’s also not astronomical on a market where the full price of Android smartphones and otherwise typically exceed $600.