The Android 4.4 KitKat update could limit the use of the Micro SD card even more.

Samsung devices are known for offering additional support for storage with a Micro SD card. It is one of the reasons many users pick the Galaxy S4 over the HTC One or the iPhone 5s and it is also a big selling point on the Galaxy Note 3. Similarly the Galaxy S3 and Galaxy Note 2 offered this support and we heard from readers that it is and was a very important feature. 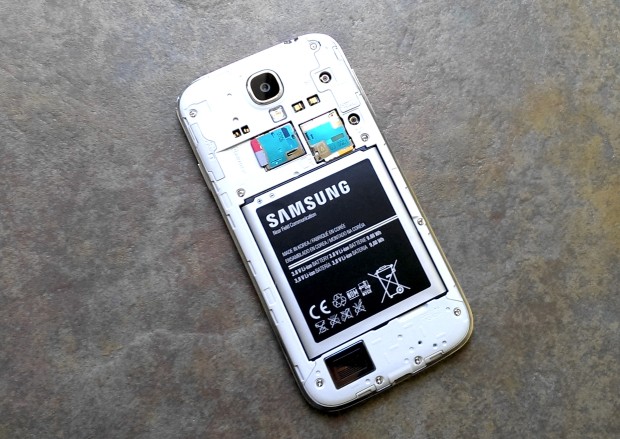 The Samsung Galaxy S4 Android 4.4 Update changes what apps can do with the Micro SD card.

Google on the other hand is clearly focused on internal storage, with the Nexus devices and in moves made to the OS about what apps can store information on an SD card. This is likely due to the inability to control the speed and reliability of a Micro SD Card.

Read: Why the Galaxy S4 Micro SD Card is Useless

With the Android 4.4 Google is changing how the device can access external storage, like a Micro SD card in a manner that Galaxy S4 and Galaxy Note 3 owners will not like.

Tod Liebeck, the developer of the FX File Explorer shares the details about this major problem for Android 4.4 updates on devices with a Micro SD card. In a post on Google+ in late January Liebeck outlines the problem that Samsung Galaxy S4 and Galaxy Note 3 users will likely face with the Android 4.4 update that is rolling out now. Google shares the following statement to developers.

Leibeck explains what this means to users, writing,

“If your device has user-accessible internal flash storage, your SD Card is a “secondary external storage device”.

What this means is that with KitKat, applications will no longer be able create, modify, or remove files and folders on your external SD card.  As a for-instance, you can no longer use a file manager to copy files from your computer to the SD card over a network.  This ability, which has existed since the beginning of Android, has been taken away.”

Liebeck explains the issue and fixes that he is working on after hearing from Galaxy Note 3 users who cannot use the app to write to an SD card and since the original post shared what he hopes is a work around without the need for users to root their Galaxy S4 or Galaxy Note 3.

Frank Zammetti shares his frustration with the Galaxy S4 on Sprint running Android 4.4, “I just installed the 4.4.2 update on my Sprint Galaxy S4 and was immediately horrified to learn of this issue… I just tried ES and I am able to create and delete a file, but not edit it or rename it, and I am able to delete a folder, but not create one (unable to try renaming a folder). ”

“I just update my Galaxy Note 3 to KitKat, then was irritated when I couldn’t use QuickPic to move some pictures to a folder on my external SD. I also tried using a file manager, but of course that also failed. I had to connect the device to a PC, then copy the files from the device to a folder on the PC, then copy them back to the folder I wanted them on in the SD card. Ridiculous.

I see that the Camera app CAN write to the external SD just fine. photos are still going to the DCIM folder on my external SD card.

Barton is not the only Galaxy Note 3 owner with problems, Doods De los Reyes shares how this change impacts the ability to use a network shared folder when running Android 4.4, “The biggest impact on me is being able to copy from my network shared folder.” This user discovered a work around by copying to internal storage and then to the Micro SD card with Samsung’s My Files app.

In the most recent update Liebeck explains Google’s reason for this change, but does not agree with it, calling it a, “misstep”. Google reportedly made the change to make it easier to cleanly uninstall an app and all the app data.

Samsung recently confirmed Android 4.4 updates for the Galaxy Note 3, Galaxy Note 2, Galaxy S4 and Galaxy S3, all of which offer a Micro SD card. Users that depend on a Micro SD card may want to see how each update impacts usability on their specific device and with apps they use to access the SD card.