According to Samsung, the Galaxy S4 delays are tied to overwhelming demand in the new smartphone, and not supply chain issues, though issues could play a role.

Samsung’s Galaxy S4 delay appears to be behind the carrier confusion on release dates and in store availability which frustrated shoppers for the past week.

Due to overwhelming global demand of Galaxy S4, the initial supply may be limited. 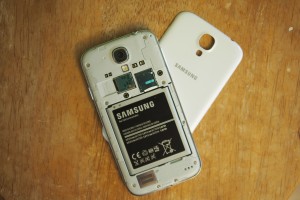 The Samsung Galaxy S4 is facing delays due to high demand.

The T-Mobile Galaxy S4 release was originally set for Today April 24th, but the company announced that the Galaxy S4 will not arrive in stores until Monday April 29th.

The Samsung Galaxy S4 on AT&T is one of the few that is shipping already, with multiple users reporting that the AT&T Galaxy S4 will arrive on Thursday April 25th. This is even true for orders placed as recently as Monday afternoon.

The HTC One faced release delays in the past month, which pushed the release up against the Galaxy S4. HTC blamed the delays on component shortages. At this point it’s not clear if Samsung is facing supply shortages which could put the brakes on estimates claim the company wants to ship 30 million Samsung Galaxy S4 devices by the end of June.

Verizon will start Galaxy S4 pre-orders on Thursday and confirmed a Verizon Galaxy S4 release for May 30th in stores.

Gotta Be Mobile is working with carriers to confirm the new Samsung Galaxy S4 availability and will share this information shortly.