It appears that even the most anticipated phone of the first half of the year isn’t immune to issues as adopters of the Samsung Galaxy S4 are complaining about a number of different issues, including problems with the phone’s battery life and with its display.

The Samsung Galaxy S4, which was once one of the most anticipated devices in recent memory, is now becoming one of the most widely adopted devices of the year thanks to its high-end hardware including a 5-inch 1080p display, quad-core processor, 13MP camera, and a slim and lightweight design. It also features quality software in the form of Android 4.2 Jelly Bean and is loaded up with Samsung’s many TouchWiz features. 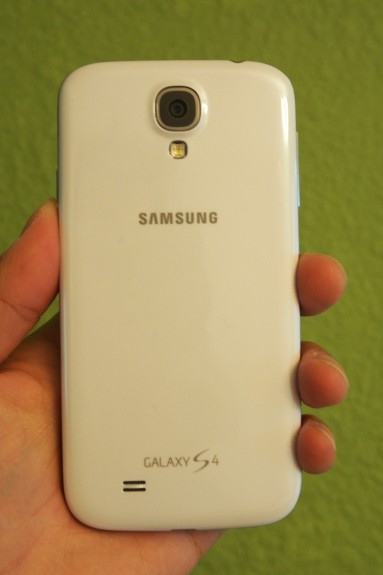 The Samsung Galaxy S4 is suffering from a couple of different issues it seems.

Despite the many advances in technology and despite this being Samsung’s biggest smartphone launch of the year, the Galaxy S4 unfortunately doesn’t appear to be void of issues.  In fact, owners of the new high-end smartphone have been chiming in reporting a number of different problems with the new flagship, with many more likely to spring up in the days ahead.

No smartphone is perfect so it’s not surprising to see owners having issues with the device. And while the Galaxy S4 issues that have surfaced aren’t going to be deal breakers for those that have yet to adopt the phone, they are certainly going to be headaches for those that encounter them.

Here is what we are hearing so far in regards to issues with the Samsung Galaxy S4.

One issue that we’ve heard a few owners complaining about, and one that we’ve seen ourselves, is abnormal battery drain when using the Samsung Galaxy S4 and its massive 2,600 mAh battery. 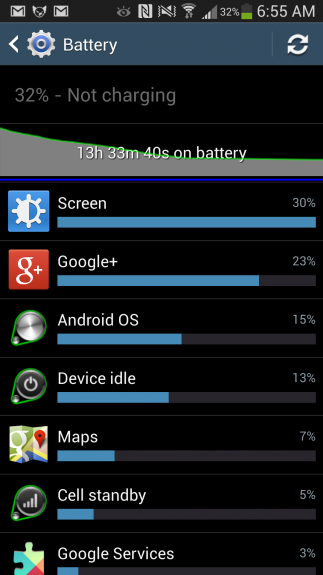 We’ve seen the issues in a number of different use cases. The first issue that we’ve seen is abnormal battery drain over night. Instead of holding a solid charge, the device zipped down in battery life leaving us with less than half of a charge to start the day. We still aren’t sure what is causing the drain though it continues to be an issue.

We’re also seeing a unit having its battery life zapped by Google Play Music and Media Server for no apparent reason. Both are taking up quite a bit of resources for no apparent reason. We aren’t sure if this is an Android 4.2 Jelly Bean issue or an issue that is specific to the Galaxy S4 but we can say that we haven’t had this issue with the Galaxy Note 2 or Galaxy S3, both of which are on Android 4.1 Jelly Bean. 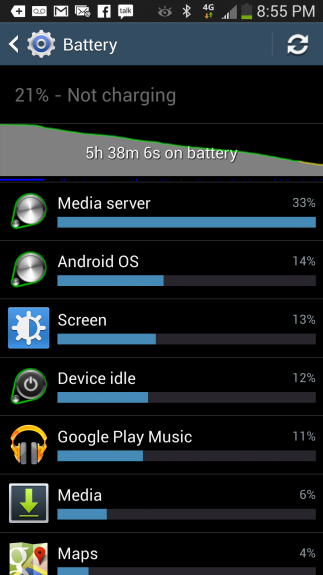 The Galaxy S4 is suffering from odd battery life issues.

As we have pointed out many times in the past, battery life will vary from person to person based on use case so it’s impossible to say whether these are isolated issues or if they are widespread amongst early adopters.

There do appear to be more than a few people that are suffering from display issues with the Samsung Galaxy S4. As evidenced on XDA-Developers forum, owners are seeing smudging when scrolling on the phone. Specifically, the darker colors start showing up as purple when scrolling through the user interface.

We also haven’t yet seen this on any of our Galaxy S4 devices though it appears that there are definitely a good number of people that are affected by this problem. And whether Samsung can fix this issue or not remains to be seen. 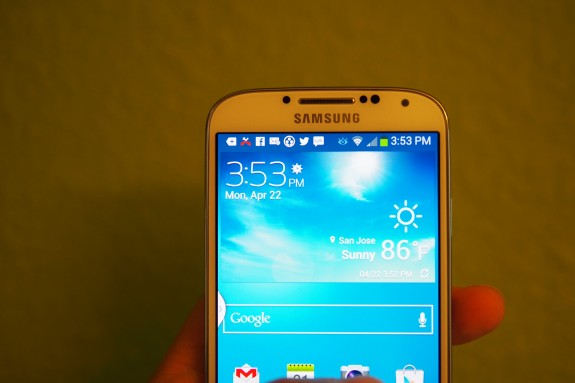 Galaxy S4 owners are seeing issues with the display as well.

As for the battery life issues, those are typically addressed with bug fix updates or major Android updates wherein battery life often improves for those experiencing issues. Users can also invest in an extended battery or external battery in order to supply the Galaxy S4 with more juice though at this time, options are limited.