While Samsung won’t be unveiling the Samsung Galaxy S4 release date until this Thursday in New York City, a pair of carriers and a retailer in the United Kingdom have decided to jump the gun and confirm their plans to carry the Galaxy S4 in the future.

On March 14th, Samsung will take the wraps off of the long-awaited Samsung Galaxy S4, a device that has been heavily rumored for several months now and has had just about every piece of it leak to the surface, including its release date.

Carriers and retailers have already confirmed the Galaxy S4 for arrival in the UK.

Current rumors suggest that the device will become available in Europe in April, after launching in March, and while that’s not confirmed quite yet, two carriers and a retailer in the United Kingdom have decided to confirm their plans to host the Galaxy S4, well ahead of the actual launch.

ThreeUK and EE, two carriers in the United Kingdom, have teased their support for the upcoming Galaxy S4. While ThreeUK has put up a full splash page for the Galaxy S4, EE has only shot out a tweet telling customers and potential customers that the Galaxy S4 is on the way. And while it doesn’t come right out and say it, we see no reason why the carrier would be promoting a phone that wouldn’t be coming to its network. 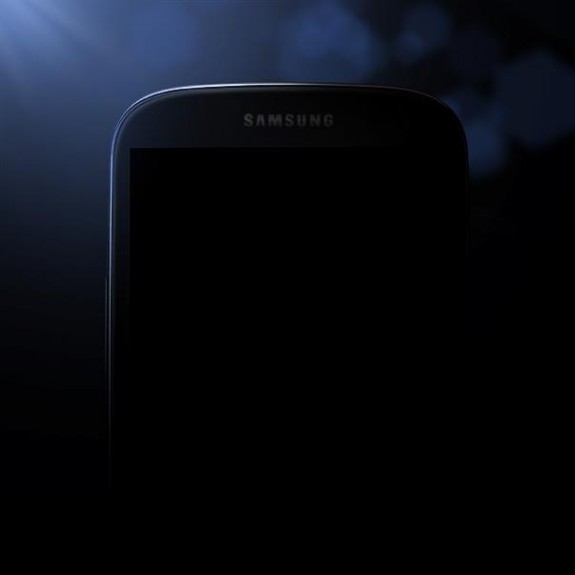 This could be the Samsung Galaxy S4.

In addition, Phones4U also has a full sign up page set up so that customers can find out when the new Galaxy S4 will arrive on its virtual shelves. None of them have confirmed a date for release which means that those looking to purchase the Galaxy S4 are still out in the cold when it comes to a specific Galaxy S4 release date.

That said, all of the blanks should be filled in come Thursday when Samsung shows off the Galaxy S4 for the first time.

At the Radio City Music Hall in New York City, Samsung will be showcasing the Galaxy S4 and all it has to offer. The device is rumored to be a high-end smartphone, unsurprising given that it will be replacing the Galaxy S3, a device that has sold over 40 million units worldwide.

Rumors suggest that the phone will feature a 4.99-inch FHD display, a quad-core processor, a 13MP camera sensor, Android 4.2 Jelly Bean, a design that resembles the Galaxy S3 and is made of plastic, and unique software features that might make up the new TouchWiz Nature UX 2.0.

Thus far, only AT&T and Verizon have emerged as potential carriers in the United States though we expect them to be joined by others when the announcement finally arrives.