The Samsung Galaxy S3 is still on shelves and selling well deep into 2012 but that doesn’t mean that Samsung and consumers alike don’t already have their eyes fixated on a sequel. The Samsung Galaxy S4 already is being talked about ahead of its presumed release sometime in 2013 and those whispers include tidbits about its release date, features and more.

Rumors in regards to the Galaxy S3 range from the obvious to unlikely but as we take a look at all of the rumors that have surfaced over the last few weeks, we’ll try and point out which are the most likely to happen.

The Samsung Galaxy S4, assuming that Samsung calls it that, will be the company’s fourth-generation Galaxy-branded smartphone following in the footsteps of the Galaxy S, Galaxy S2 and the Samsung Galaxy S3 which was released earlier this year. The Galaxy S4 will have some big shoes to fill as the Galaxy S3 has gone on to sell over 30 million units in just about six months of being on the market. 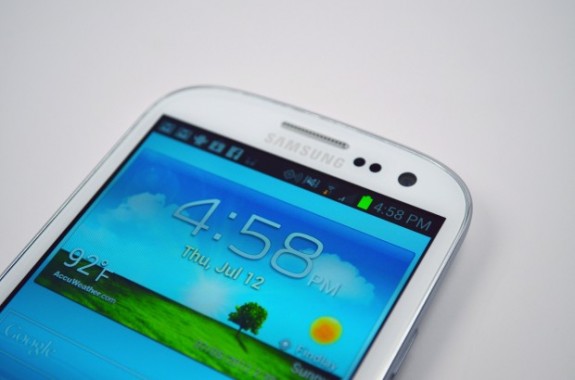 The Galaxy S4 rumor mill is already at work.

Samsung will look to keep pace with the Galaxy S4 which will more than likely replace the Galaxy S3 as Samsung’s flagship smartphone and one that will do battle with not only the iPhone 5 but the iPhone 5S as well.

Here now is everything we know so far about the Samsung Galaxy S4 release date, features, software, and more. 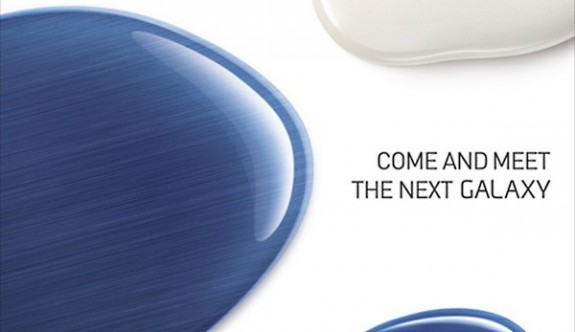 Another rumor has suggested that Samsung might be announcing the Galaxy S4, known as Project J, in April. If true, it would mean that Samsung would likely be using its own event for the announcement, an announcement that would come a month earlier than last year’s May Galaxy S3 unveiling.

All signs seem to point to a release date closer to the middle of 2013. Samsung, unlike Apple, often waits more than a few weeks before releasing its products. The Galaxy S3 and the Galaxy Note 2 are both good examples. A new report from Reuters today, citing analysts, suggests that Samsung could release the Galaxy 4 by April.

And given MWC’s timing, the fact that Samsung both announced and released the Galaxy S3 in May, April seems like a distinct possibility at this point. Keep in mind though, Samsung released both the Galaxy S3 and Galaxy S2 in May and June so it could be that Samsung opts for one of those months as well.

While there have been plenty of Galaxy S4 rumors, none of them have addressed the overall form factor of the Galaxy S4.

The Samsung Galaxy S3’s main rival, the iPhone 5, sports a frame that is a mere 7.6mm thick. The Galaxy S3 is 8.6mm thick. It could be that Samsung will focus on trying to slim the Galaxy S4 down.

As for the design, Samsung clearly put quite a bit of effort into the Galaxy S3 design and so far, it looks like it has been a big hit with customers, to the tune of 30 million. Samsung may opt to keep a similar design while making some tweaks, in the same fashion as Apple.

One of the most heavily rumored features of the Galaxy S4 is its display. Samsung is rumored to be showcasing a brand new AMOLED display with full 1080p resolution and 441 pixels-per-inch at CES 2013 in Las Vegas. If true, it would mean a 35% increase over the display on the iPhone 5. The display is said to be 4.99-inches which means that it could end up being the display on the Galaxy S4 which is rumored to sport a display of 5-inches.

That display technology would put the Galaxy S4 on the same page with the likes of the HTC Droid DNA for Verizon which sports a 1080p display and the HTC M7 which is rumored to be HTC’s latest flagship smartphone and use the same type of display.

What’s more is that the Samsung Galaxy S4 display may be unbreakable in that Samsung would replace its its chemically strengthened glass with an unbreakable plastic substrate display.

A demo from CES 2010 in the video below shows off just how strong is.

There are also rumors floating around about a possible flexible display. We know that Samsung is equipped with that technology but it’s unclear if the Galaxy S4 will sport it or if it will arrive later in 2013 or even later in 2014.

Rumors about many of the Galaxy S4 upcoming specifications remain firmly in the darkness though there are a few that have seemingly emerged from the shadows. The Galaxy S4 is rumored to have a quad-core processor, possibly of the Exynos 5440 variety. That should come as no surprise given the standard of current Android smartphones. (The Galaxy Note 2 sports a quad-core Exynos processor.)

Additionally, the Galaxy S4 is rumored to have a 13MP rear camera, which would be up from the 8MP camera found in the Galaxy S3. One of the biggest advantages that the iPhone has had over the Galaxy S series is its rear camera and it could be that Samsung is preparing to up the ante with its new camera on the Galaxy S4.

We imagine that the Galaxy S4 will also have all of the bells and whistles of a high-end smartphone as well. Front-facing camera, microSD card slot for expanded storage, removable battery and likely, lots of RAM to help the process handle all of the grunt work.

One report suggest that the Samsung Galaxy S4 will arrive with Android 5.0 Key Lime Pie on board. That rumor seemed a little far-fetched until Google decided to bump Google I/O, Android 5.0’s likely launch pad, to May instead of June or July. If Samsung decides to launch the Galaxy S4 in May or June, it’s possible that it could have the latest software on board.Thus far, features of Android 5.0 Key Lime Pie remain unknown.

At the very least, the Galaxy S4 should be expected to have Android 4.2 Jelly Bean, Google’s latest version of Android.

The Galaxy S4 may have Android 5,0 on board,

Consumers should also expect Samsung to bring some powerful non-Google, in-house software features to the Galaxy S4. With the Galaxy S3 and Galaxy Note 2, Samsung introduced some truly powerful software functionality that is not found on other Android devices. Look for the company to do something software-wise to make the Galaxy S4 stand out from its rivals.

Thus far, nothing has emerged about the Galaxy S4 price though we can make a hypothesis based on the current state of the smartphone market and based on Samsung’s last releases.

That being said, it would be surprising to see Samsung shift away from what’s working. Clearly, $199.99 is the sweet spot and it would be shocking to see the Galaxy S4 16GB be released with a price tag any more costly than that.