The Samsung Galaxy S4, after months of rumor and speculation, was finally announced on stage today at the Radio City Music Hall in New York City. Samsung, very early in the announcement, confirmed that the Samsung Galaxy S4 release date would be coming in April with the roll out specifically starting at the end of April.

Over the past few months, the Samsung Galaxy S4 has been one of the most heavily rumored smartphones of 2013 and it has all culminated in an announcement today in New York where the device was finally shown off on stage in the flesh for the first time. The phone is essentially exactly what we saw leak out today. 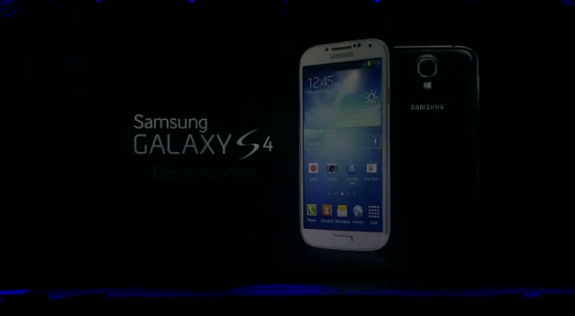 The Samsung Galaxy S4 will be released at the end of April for some carriers.

It comes with a large 5-inch 1080p full HD display, quad-core processor, 13MP camera, 2,600 mAh battery which is removable, and a design that looks quite a bit like the Samsung Galaxy S3 that arrived last year. And while hardware and specifications are important, the big thing that consumers have been wondering about is when they can get a hold of the Galaxy S4 online and in stores.

Samsung announced today, confirming previous rumors, that the Galaxy S4 would start rolling out to carriers at the end of April. Samsung has not yet confirmed any of the carriers but already we’ve heard from a few that say they will have it at some point in the future. They include Three UK, EE in the UK and Ting, a MVNO that uses Sprint.

The company did say that the device will be arriving for a grand total of 327 carriers in 55 countries around the world meaning that most big name carriers will likely be on board. 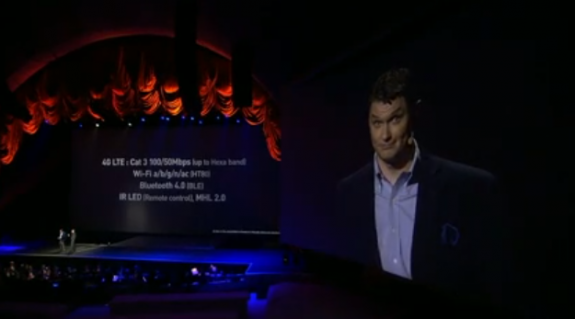 The Galaxy S4 will sport 4G LTE, which means that it will have fast data speeds in the U.S.

AT&T, Sprint, T-Mobile, Verizon Wireless will all be getting the Samsung Galaxy S4 with Sprint confirming the release for sometime in the second quarter of this year. The second quarter consists of April, May and June.

What’s more is that Samsung has promised the device with 4G LTE data speeds which means that it will be coming with faster data speeds than typical 3G data speeds.

We’ve heard that the U.S. may not get the Galaxy S4 until May or June and given the end of April release date for the device, it’s certainly possible that that’s the timing that consumers will have to deal with.