The Samsung Galaxy S4 has appeared in another unofficial render showing off a device that looks extremely similar to the Nexus 4, Google’s current Nexus 4 smartphone. And while some prospective Galaxy S4 buyers might be into the look, this is surely not what the Galaxy S4 will look like when it arrives.

In the build up to the launch and release of the Samsung Galaxy S4, fans of Samsung and Galaxy S enthusiasts have taken it upon themselves to showcase their idea of what the Galaxy S4 could look like when it arrives. The first render that emerged showcased a Galaxy S4 with a more rectangular, taller design that would accomodate the Galaxy S4’s rumored taller display. 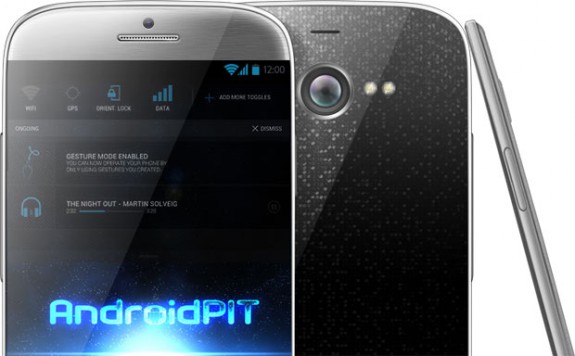 This render also kept a design similar to the Galaxy S3, something that we have heard emerge in Galaxy S4 design rumors as of late.

The second render we saw displayed showed off what a Galaxy S4 might look like with a metal design. The design, while nice, will likely not come with the Galaxy S4. Samsung is known to use polycarbonate plastic with its design and given the past and the rumors, a metal design, at least one that looked like that, seems unlikely.

And now, we’ve seen another unofficial render emerge, courtesy of AndroidPit, that depicts what a Galaxy S4 might look like with a Nexus 4-style design. The front of the device resembles the Galaxy S3’s design while the back takes on the glass backing of the Nexus 4.

None of those are outside the realm of possibility though the design itself will likely not emerge given that it borrows so heavily from the Nexus 4 which was made by LG.
Read: Samsung Galaxy S4 Launch Date All but Confirmed for March. 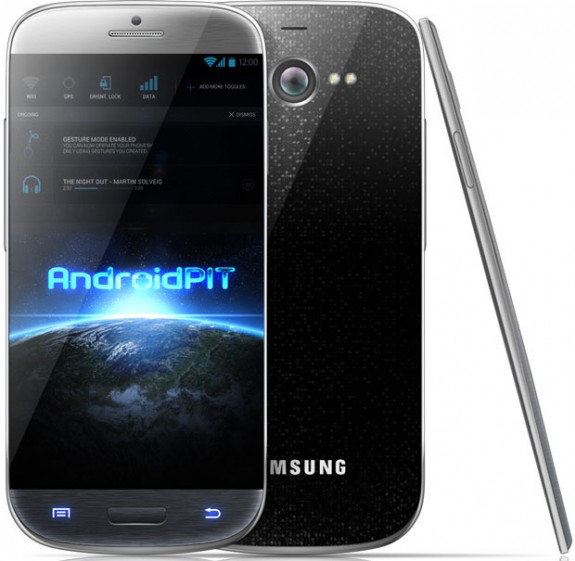 This will likely not be the Galaxy S4.

The real Samsung Galaxy S4 is rumored to have a 4.99-inch to 5-inch FHD display with 1080 resolution, a quad-core processor, 13MP camera, large battery, wireless charging and Android 4.2 Jelly Bean.
Samsung is rumored to be announcing the device in mid to late March with launch events rumored for March 14th, March 15th and March 22nd with a release date in Europe pegged for April and a release date in the U.S. slated for sometime in the months of May or June.
Related Topics:AndroidGalaxy S3Galaxy S4NexusNexus 4SamsungSamsung Galaxy S3Samsung Galaxy S4