With the Galaxy S3, Samsung added some powerful new features to compliment Android. The new user interface, which Samsung dubbed Nature UX, came with one feature in particular called Smart Stay which tracked users eyes using the front-facing camera in an effort to keep the screen turned on while the user was looking at the screen. We also saw the company introduce a feature called Smart Rotation which keeps the orientation of either the Galaxy Note 2 or Galaxy S3 aligned with the position of your face, using an accelerometer.

Samsung is likely working on an update to its Nature UX. Will Eye Scroll be a part of it.

While maybe not the biggest features in Nature UX, they are still nifty options for those running Nature UX nonetheless. Of course, those were likely just a taste of the future as Samsung is likely working behind-the-scenes to use cameras in new and exciting ways, both in its current devices and in future devices. And now it appears that a few of those features may have been uncovered.

According to SamsungGalaxyS4.nl, courtesy of SamMobile, Samsung has evidently trademarked the names of two potential software features, names of which fall in line with the camera features that Samsung introduced back with Nature UX. 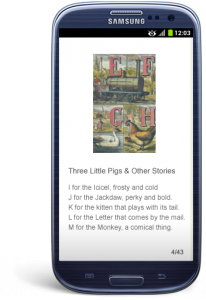 The two features found in the trademark listing are dubbed “Eye Scroll” and “Eye Pause.” No information is known about either of them though it’s easy to make some guesses. “Eye Scroll” could be a feature that uses the front-facing camera to track eye movement and automatically scroll down or up the page and “Eye Pause” could possibly be the camera tracking eye movement so that when a user looks away from a movie, it automatically pauses.

It could be that these features arrive in a future version of Nature UX, possibly Nature UX 2.0, a UI that could very well get announced alongside the Galaxy S4 or even the Galaxy Note 3 later this year. It could also be that these are nothing at all.

However, given Samsung’s past usage of the front-facing camera, and its penchant for delivering nifty features with its user interface, it could be that both of these show up in the near future.

The Galaxy S4 is rumored to be arriving in March while the Galaxy Note 3 is not likely to arrive until much later this year,