The Samsung Galaxy S4, Samsung’s successor to the Samsung Galaxy S3, is heavily rumored to be coming at a launch event in New York City on March 14th. The company has not revealed exactly what it will announce at the event, but it’s clear that it will be the Galaxy S4, a device that has popped up in rumors over the last few months. 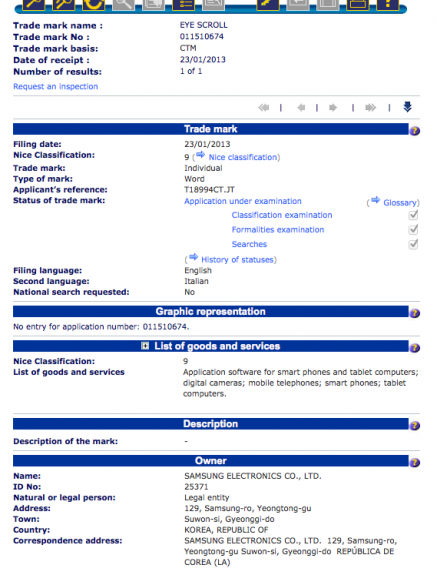 So far, many of those rumors have focused on hardware, which, appears to be high-end like it was with the Galaxy S3. Rumors suggest that it will be coming with a full HD 1080 display that may be 4.99-inches, a quad-core processor that will likely include Qualcomm’s 600 processor and the Exynos 5 Octa, a 13MP camera that could shoot HDR video, and a design that mirrors the Galaxy S3 with its overall plastic feel.

While much of the attention has been given to the Samsung Galaxy S4’s hardware, it appears that the Galaxy S4 software could actually be what Samsung is hoping to wow with.

So far, rumors have suggested that the Samsung Galaxy S4 could come with Android 4.2 Jelly Bean, Google’s latest version of Android. However, that is likely not all that Samsung has up its sleeve.

Trademarks, that we showed you many weeks ago, which include Eye Scroll and Eye Pause, may actually be a part of the software that Samsung is going to be revealing on the Galaxy S4. A report from The New York Times claims that someone who has used the Galaxy S4 says that ‘Eye Scroll’ will be on board the Galaxy S4 and it will allow users to control the phone, and the content on the screen, with their eyes.

The functionality will more than likely use the device’s front-facing camera, though that is not confirmed. Neither is the other trademark ‘Eye Pause’ which should likely pause content when users look away. There is also no mention of Samsung Orb which is said to be Samsung’s version of Photo Sphere, a feature found in Android 4.2 Jelly Bean which lets users take 360 degree panoramas. 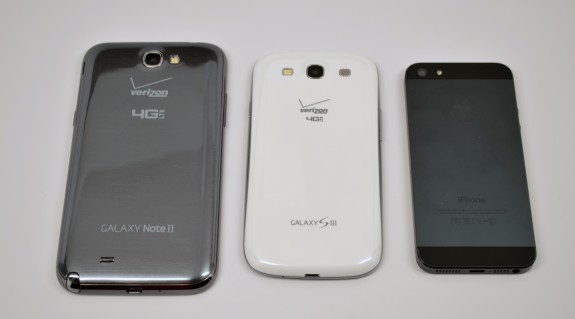 The Galaxy S4 is said to use a plastic design, much like the Galaxy S3.

The Samsung Galaxy S4 is widely expected to arrive on March 14th at an event in the Radio City Music Hall in New York City.