With just minutes to go before the Samsung Galaxy S4 launch, the device has seemingly been torn down to reveal the insides of the device which have been shown to include a large battery, microSD card slot for expanded storage and the device’s processor, the Exynos 5 Octa quad-core chip.

The tear down of the Samsung Galaxy S4, courtesy of mobile.it168, depicts what is believed to be inside the device that Samsung will announce at the Radio City Music Hall in New York City in the just a few minutes. The tear down doesn’t reveal anything that we didn’t already know, but it does reaffirm some of the features that have been rumored to be coming with the new Galaxy S smartphone. 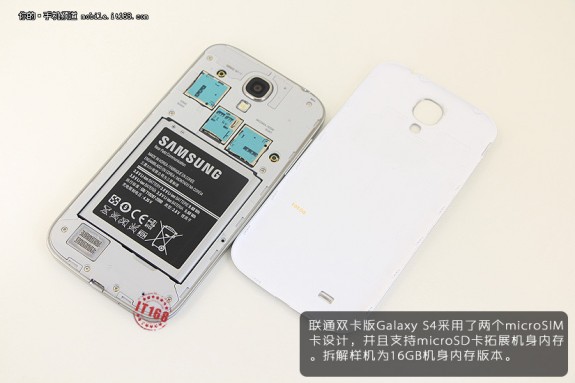 The Galaxy S4 has been torn down ahead of launch.

Once disassembled, the Samsung Galaxy S4 is shown to be sporting a 2,600 mAh battery, something that has been rumored to be the battery size of the device. That is a much bigger stock battery than the battery that came with the Galaxy S3, and it should help to mitigate battery drain from the display and 4G LTE. 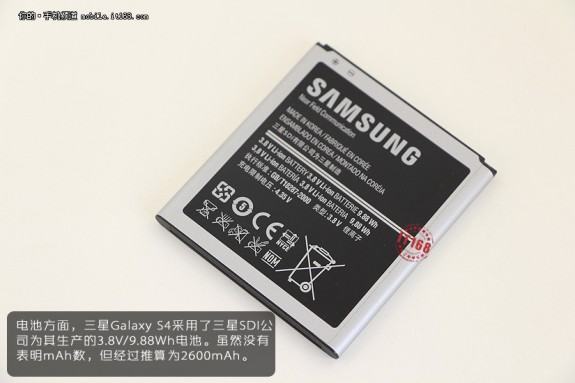 The tear down also reveals the Exynos 5 Octa octo-core processor that is really a quad-core processor at heart. The model outside the U.S. is supposedly going to come with this processor on board while the U.S. model has been rumored to be coming with the Snapdragon 600 quad-core processor from Qualcomm, Both processors are big improvements over their predecessors and should offer stellar performance and increased battery life.

We also get a close look at the 13MP camera module that will be on board the Galaxy S4. The sensor is apparently going to be Sony’s 13 Exmor RS sensor which should make for crisp images and rich text. 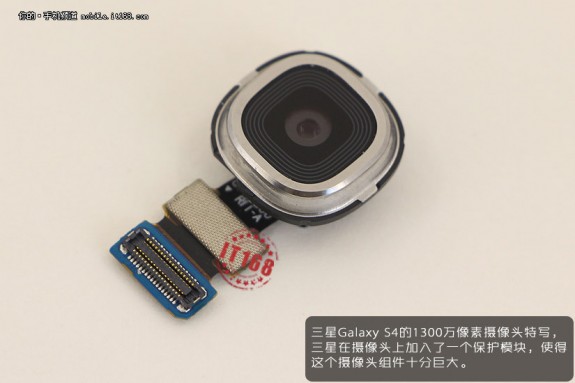 All should be known once the Samsung Galaxy S4 takes the stage but at this point, much of the Galaxy S4 seems to have been revealed ahead of its official launch.