In March, Samsung unveiled the Samsung Galaxy S4, its new flagship smartphone that will be arriving in just a couple of days on a host of carriers around the world. The device, which replaces the Samsung Galaxy S3, comes armed with a number of big time specifications including a 5-inch display with 1080p resolution, a quad-core processor, 13MP camera, Android 4.2 Jelly Bean and a number of new software features from Samsung. 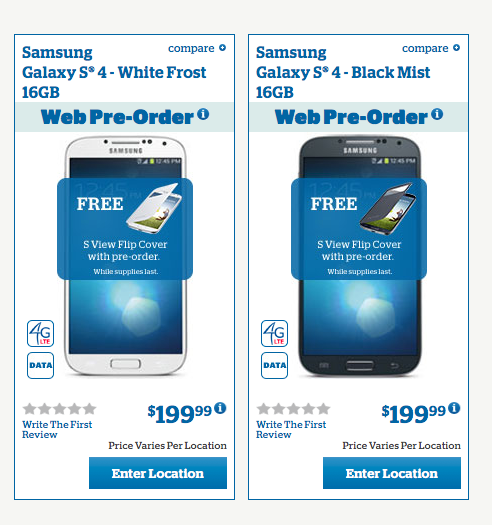 And while some regions have seen their pre-orders begin, others, like the United States, have had to endure a lengthy wait for pre-orders. That wait fortunately ended today, for two carriers, including AT&T and U.S. Cellular, both of which started taking orders for the Galaxy S4 today. And while the pre-orders answered some questions, like off-contract pricing, the pre-orders also brought a few more questions along with them.

With the good news though comes the bad as both carriers have left lingering questions. Maybe the biggest is about their release dates. While AT&T’s device has a shipping date of April 30th, neither carriers has confirmed any concrete release date for the Galaxy S4. That means that those who aren’t looking to pre-order are still without any specifics. 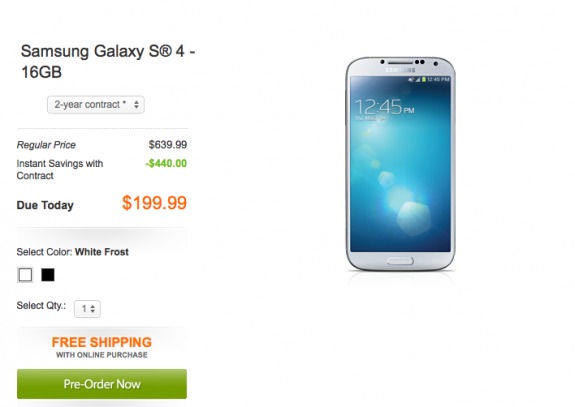 AT&T might be shipping the Galaxy S4 on April 30th, but its release date is still unclear.

In addition, it appears that neither carrier is offering up the 32GB Galaxy S4 at this time. We know that AT&T announced the 32GB for arrival but it’s unclear when it, or U.S. Cellular, which hadn’t made the 32GB model official, might be carrying it. Perhaps both carriers will be waiting until the device officially goes on sale in the weeks ahead. It’s not clear.

So while the pre-order was supposed to answer questions, consumers are now left with even more burning questions about the releases on AT&T and U.S. Cellular.

Of the five major carriers that are set to release the Galaxy S4, only T-Mobile has confirmed a date with the carrier revealing May 1st as the Galaxy S4 release date. Sprint and Verizon have yet to announce any details regarding the Galaxy S4.