Back in June, Google released two new brand new Android 4.4 KitKat updates. First, it was the Android 4.4.3 KitKat update, a massive bug fixer. A few days later, the company pushed out its Android 4.4.4 KitKat update. Both were, and still are, bug fixers aimed at squashing major Android 4.4.2 KitKat problems. Over the past four months, we’ve seen several Android manufacturers make it a point to deliver these two updates to smartphone and tablet users. 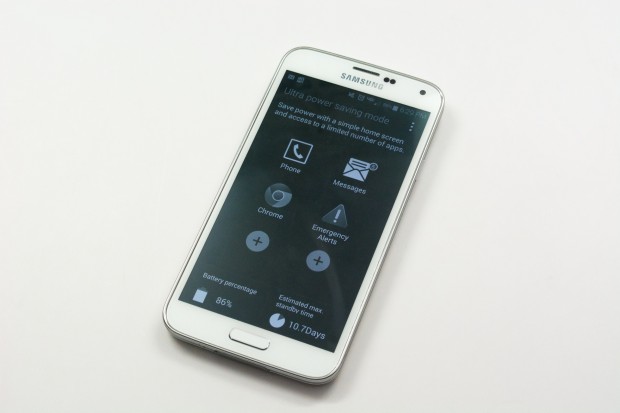 Today, Samsung confirmed the Sprint Galaxy S5 Android 4.4.4 KitKat update release, a release that we’ve known about for quite some time now. This, however, is the first time either company has acknowledged the update in an official capacity. Samsung says that the update is rolling out today though Sprint Galaxy S5 users we’ve spoken to say that they’ve yet to see an update roll out OTA.

Samsung’s announcements typically come a little bit before the actual roll out so it’s possible that we’ll see Sprint make an announcement of its own in the minutes, hours, or days ahead. It’s also important to note that Sprint’s roll outs are staggered which means that they roll out slowly. So while the update could start today or later this week, it won’t roll out to everyone on the same day.

This release comes just days ahead of the rumored Android L release from Google, a release that’s expected to replace the Android 4.4 KitKat update as the company’s most current update.

Android L is rumored for an October or November release alongside a Nexus 6 and or a Nexus 9 tablet from HTC. Google has yet to make an announcement though a flurry of new leaks suggest that the arrival of these new products is close.

A rumor from SamMobile puts Samsung’s first Android L updates in November or December. This is exciting because it’s the first we’ve heard of Samsung’s Android L update release plans. The company, to this day, remains silent about what it has in store for Galaxy users in the future.