The Samsung Galaxy S5 launch likely won’t take place next year but we’re already seeing Galaxy S5 concepts emerge showing off what Samsung enthusiasts want to see from the next Galaxy S smartphone with the latest sporting features that while conceptual, could very well make their way onto the real Samsung Galaxy S5.

Samsung’s new Galaxy S series smartphone, the Galaxy S4, has only been on shelves for a few months. What this means is that a new Galaxy S5 likely won’t materialize until the early part of 2014. However, the long wait hasn’t stopped Samsung fans from dreaming up their own visions for Samsung’s Next Big Thing. 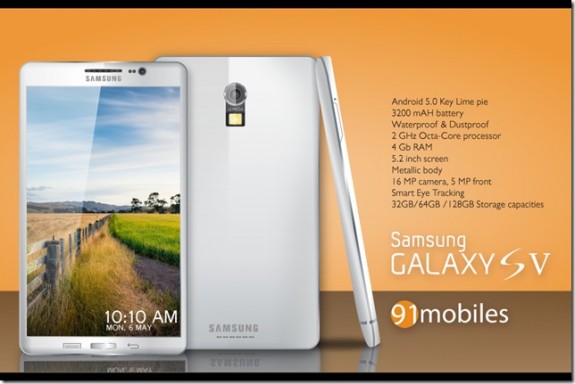 This Samsung Galaxy S5 concept boasts features that could arrive with the real thing.

Already, we’ve seen a handful of Galaxy S5 concepts emerge and today, we have another one to share courtesy of 91Mobiles which has produced a Galaxy S5 that utilizes a number of features that we could see arrive on the real Galaxy S5.

This Galaxy S5 concept sports a metal design as opposed to the plastic design found on the Galaxy S4 and many of Samsung’s other Galaxy-branded smartphones. Rumors have indicated that Samsung is at least toying with the idea of shifting away from plastic so it’s possible that we could see the company switch to a more premium build with its next Galaxy.

The display is 5.2-inches in size, keeping in line with Samsung’s .2-inch size upgrades. Last year we saw a 4.8-inch Galaxy S3, this year we saw the Galaxy S4 display bumped to 5-inches and we’ve seen Samsung bump the Galaxy Note series by .2-inches each year. The display also comes with full HD 1080p resolution. 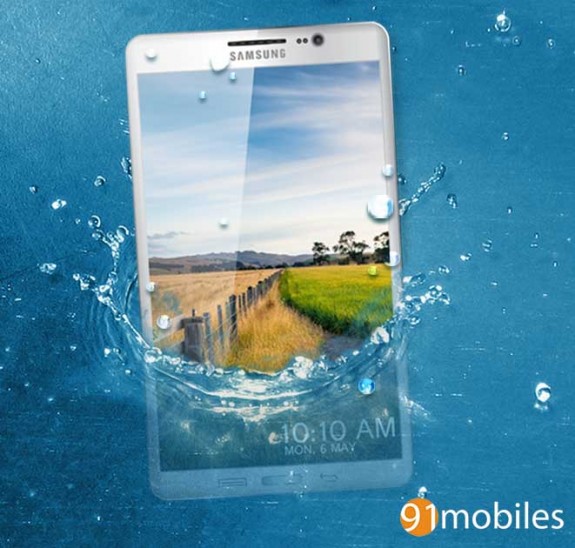 Samsung may opt to make the Galaxy S5 both dust and water resistant.

This Galaxy S5 is both dust and waterproof, something that is featured with the Samsung Galaxy S4 Active, a variant of the Galaxy S4. It runs a powerful Exynos 5 Octa processor from Samsung and uses 4GB of RAM to help power the device. It also features a 16MP camera with Xenon flash, a 5MP front-facing camera for improved video chats, a large 3,200 mAh battery, and Google’s Android 5.0 Key Lime Pie which should debut later on this year. It also comes with Samsung’s TouchWiz, the UI that the company puts on top of Google’s Android software.

While this Samsung Galaxy S5 may just be a concept, there are certainly some features that we could see on board Samsung’s real Galaxy S5 when it arrives sometime next year.