Thanks to new alleged Samsung Galaxy S5 benchmarks, we have some new Samsung Galaxy S5 details to share ahead of the device’s upcoming launch which is reportedly going to arrive on February 24th, the same day that Samsung has scheduled its Unpacked 5 Episode 1 event at Mobile World Congress 2014.

The Samsung Galaxy S5 continues to leak and those leaks continue to reveal, and confuse, ahead of the expected Galaxy S5 launch date later on this month. Much of that confusion is thanks to purported Galaxy S5 benchmarks that have emerged in recent days, showing off a conflicting set of specifications that could be on board the real Galaxy S5 when it arrives.

Last week, a leak made a mess of Samsung Galaxy S5 rumors and today’s leak doesn’t clean anything up. Instead, the AnTuTu benchmarks for alleged Galaxy S5 variants, discovered by SamMobile, only add to the intrigue surrounding the Galaxy S5 and fuel rumors that point to two Galaxy S5 models.

Rumors and predictions from well respected KGI Securities analyst Ming-Chi Kuo have suggested that Samsung will be introducing two Galaxy S5 variants, one premium and one budget. It’s still not clear what the major differences will be though a new benchmark seems to shed some light on what we could possibly see from two Samsung Galaxy S5 models. 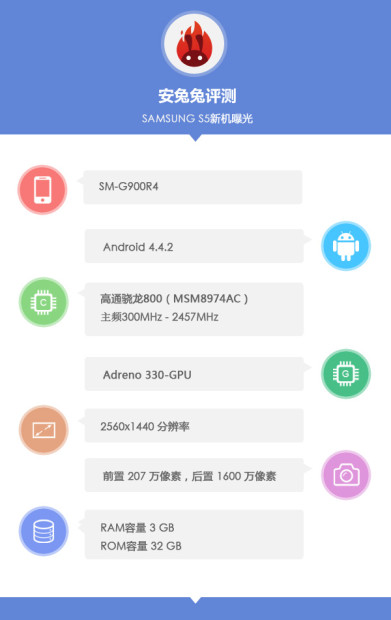 These new AnTuTu benchmarks are for a SM-G900H and an SM-G900R4. The model number SM-G900 is recognized as a likely model number for the Samsung Galaxy S5 which means that these variants could be associated with the Galaxy S5. Better yet, they come sporting features that rumors have placed on board the Galaxy S5. 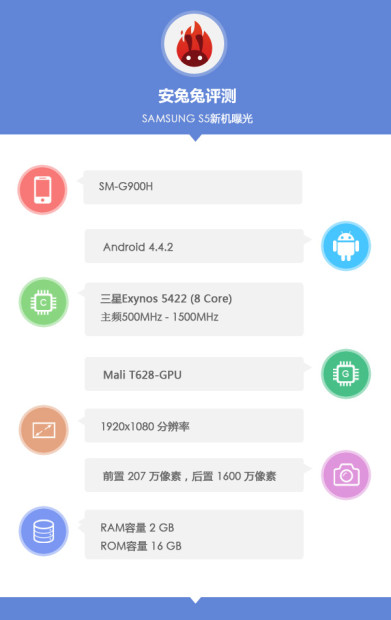 What’s interesting though is that these two devices are completely different in that they sport differing specification, something that has been rumored to be the case for Samsung’s two Galaxy S5 variants. Here is how these two devices breakdown in these two, newly discovered leaked AnTuTu benchmarks.

Samsung’s SM-G900R4 is the premium model as it sports higher-end specifications:

The SM-G900H model in question has a different set of specifications, specifications that seem to suggest that this could be a budget, or perhaps just another version of the device:

A report last week from The New York Times explicitly said that Samsung would not include a QHD display on the Galaxy S5, something that went against just about every Galaxy S5 rumor and prediction. And while this benchmark seems to lessen than report’s credibility, nothing in the world of the Galaxy S5 is confirmed. 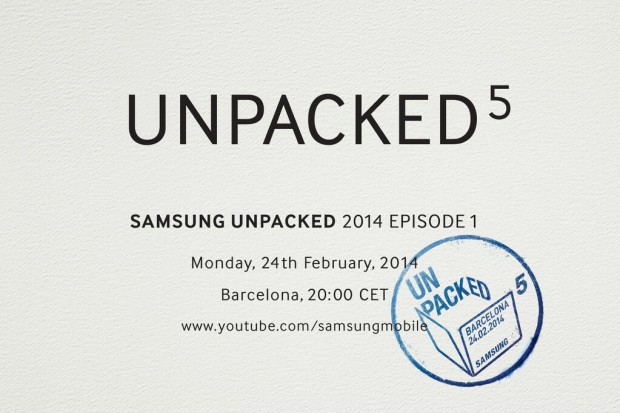 The Samsung Galaxy S5 remains a bit of a mystery in the build up to its inevitable launch date. Conflicting rumors have managed to keep watchful eyes enthralled and glued to a device that is already one of the most talked about smartphones of the year.

Samsung typically keeps its flagship designs out of sight, something that it has thus far accomplished with the Galaxy S5 design, but very rarely do we see this amount of conflict with the feature of a Galaxy S device ahead of launch. Historically, the feature set has firmed up well ahead of the launch date.

With just a few weeks to go, it’s not clear if this will happen with the Galaxy S5. Rumors point to a launch on February 24th alongside a Galaxy Gear 2 though Samsung still hasn’t said what it will be announcing at its Unpacked 5 launch event.