Samsung Galaxy S5 rumors have started to bombard consumers with information ranging from the device’s display, to its RAM, to its overall form factor. With a launch rumored for February 24th, many of those features have yet to firm up as Samsung attempts to keep the device hidden from view up until its shown off on stage.

The company is renowned for its ability to keep its major flagship designs, and features, a mystery until just before or up until a device’s actual launch event. Samsung managed to keep the Galaxy Note 3 design a complete mystery until it debuted with its faux leather design at IFA 2013 in September. That doesn’t mean that leaks don’t try.

Earlier this month we saw the credible Sonny Dickson leak out a supposed Galaxy S5 schematics that might show a 3D model that was given to accessory manufacturers. What we haven’t seen though are a ton of supposed Galaxy S5 “photos.” In years past, we’ve seen alleged photos of flagship devices leak ahead of launch. Most of them have turned out to be bogus.

Instead of dubious photo leaks, we’ve instead seen designers offer up their own versions of the Galaxy S5 and its design. For months, consumers have had access to an extensive collection of Galaxy S5 concepts that pull in many of the Galaxy S5 rumors that have swirled around. And today is no different. 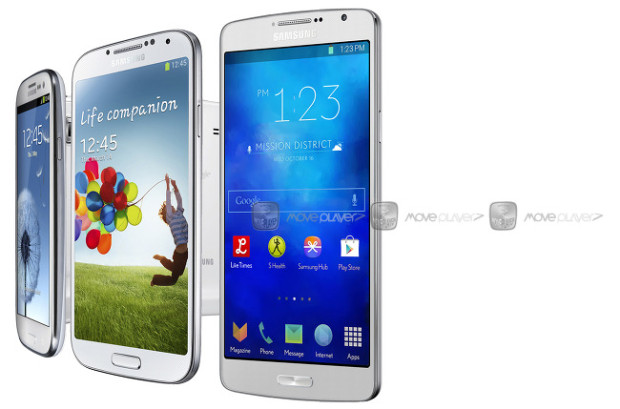 It does, however, include a a home button and bezels, something that The Korea Herald claims will not be coming on board the real Galaxy S5 when it arrives. The leaked 3D schematic however did include a home button, putting those rumors into flux.

Galaxy S5 rumors have also pointed to two models, one plastic and one metal and the plastic version has been described as having a soft touch back similar to the BlackBerry Z10 which can be seen in the photo below.

The Samsung Galaxy S5 is expected to also feature a high-resolution display, speedy processor, 2GB to 3GB of RAM, 16MP camera, and Android 4.4.2 KitKat, the latest version of Android from Google.

Those rumors aren’t set in stone and likely won’t be until Samsung takes the stage later on this month. The Galaxy S5 will reportedly land at Samsung’s Unpacked 5 Episode 1 event in Barcelona, Spain alongside a brand new Galaxy Gear 2 accessory. That date hasn’t been confirmed but Samsung typically saves Unpacked events for its big name devices.