A new Samsung Galaxy S6 concept shows what a Galaxy S smartphone could look like with a design that utilizes metal.

Before the Samsung Galaxy S5 arrived in February, rumors suggested that Samsung had two new Galaxy flagships up their sleeve. Rumors pointed to a Galaxy S5 that would come in both plastic and metal. They insisted on a metal Galaxy S5 that featured a number of high-end features including a QHD display and a high-speed processor, perhaps the Snapdragon 805.

At Mobile World Congress, Samsung showed off the Galaxy S5 but it did not show off two Galaxy S5 variants. Instead, the company debuted a plastic Galaxy S5 that arrived with a number of high-end features.

While we wait for Samsung to deliver a metal Galaxy S, designers have taken it upon themselves to show what they would like to see the company do with the Galaxy S models of the future. 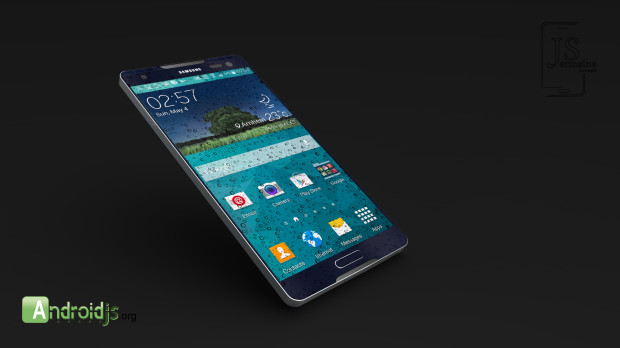 A new concept from designer Jermaine Smit showcases a Galaxy S6 concept that look like how some envisioned the Samsung Galaxy S5 before its launch. Smit’s concept isn’t based on any Galaxy S6 specific rumors but it’s a design that many buyers would probably love to see Samsung put on its flagship Galaxy S smartphone. 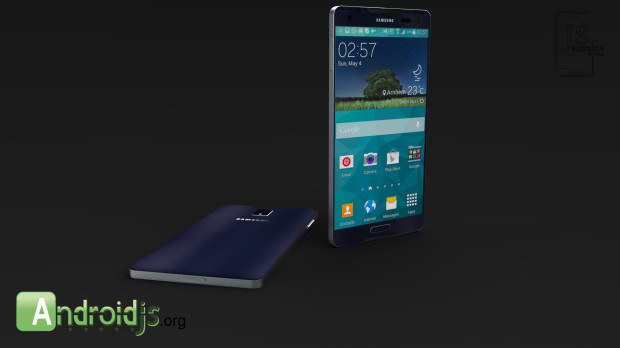 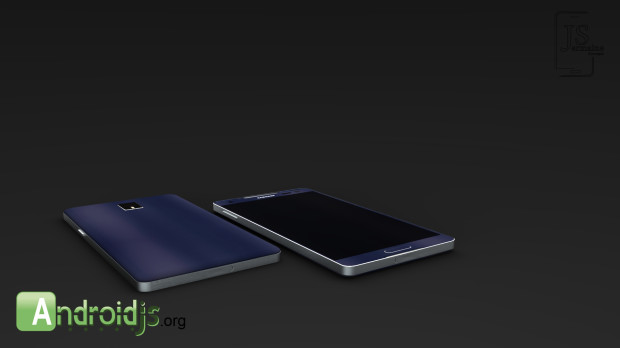 Samsung’s Galaxy S5 design does not feature a metal band like the one seen here.

Smit’s Galaxy S6 concept also comes with a spacious 5.2-inch QHD display and a number of other bells and whistles that did not make it to the current Galaxy S5 but could find a way on a flagship Samsung smartphone of the future.

Rumors continue to assert that Samsung might still be working on a premium version of the Samsun Galaxy S5. The device is being called “Galaxy S5 Prime” and if rumors are accurate, it could come with the same screen size and resolution as this fan made Samsung Galaxy S6 concept.

According to AsiaToday, Samsung is indeed working on a premium version of the Samsung Galaxy S5 and it says that this new device could land on shelves sometime in and around the month of June. Earlier rumors suggested that the high-end QHD version would arrive several months after the initial release.

The site claims that this new device will feature a QHD display and that the device will arrive to target the premium market in the United States and in Europe.

A recent benchmark helped ignite these rumors and recently, the model number shown in that benchmark emerged in a shipping manifest. The SM-G906 is apparently on its way out of Korea for R&D (Research and Development) purposes.

Here is what this “Galaxy S5 Prime” SM-G906 is thought to have on board:

The “Samsung Galaxy S5 Prime” itself still hasn’t leaked which means that we still don’t know what the device could look like. Again, rumors of a high-end metal Galaxy S5 were rampant ahead of its February launch and it could be that this SM-G906S variant is the metal Galaxy S5 that consumers have been waiting for.

Samsung is poised to release another Galaxy-branded smartphone later on this year. Samsung recently confirmed that it will be releasing a Samsung Galaxy Note 4 with brand new form factor, fueling rumors of a three-sided bent display. Samsung’s brand new Galaxy Note is expected to arrive this fall with a premium features that include a water and dust resistant design, high-powered display, LTE-A, and more.

As for the Samsung Galaxy S6, it likely won’t arrive until the first half of next year. Early information points to the possible inclusion of a new Qualcomm processor and a flexible display though the real Galaxy S6 is likely still in the very early stages of development.

So while Smit’s concept is labeled as a Samsung Galaxy S6, it might share some features in common with another version of the Galaxy S5. Look for rumors to pick up steam, one way or the other, in the coming weeks.