The Samsung Galaxy S7 release date is coming up quick, with multiple reports and rumors suggesting February 21st. And while the details remain unclear until Samsung confirms everything themselves, today we received three big details that buyers need to know about.

For months on end we’ve been hearing rumors about what’s coming from Samsung in 2016 for the Galaxy S7. In fact, the first leaks surfaced back in September, then kicked into overdrive in December with new details almost daily. From four models, to three, a 6-inch Galaxy S7 Plus and more. However, the latest leak could be painting a better picture.

We’ve heard rumors from The Korean Times, Wall Street Journal, Reuters and other big-names, but the ones that really count are from leaksters who’ve been accurate in the past. Today, Evan Blass known as @evleaks revealed three big details, essentially putting multiple rumors to rest. 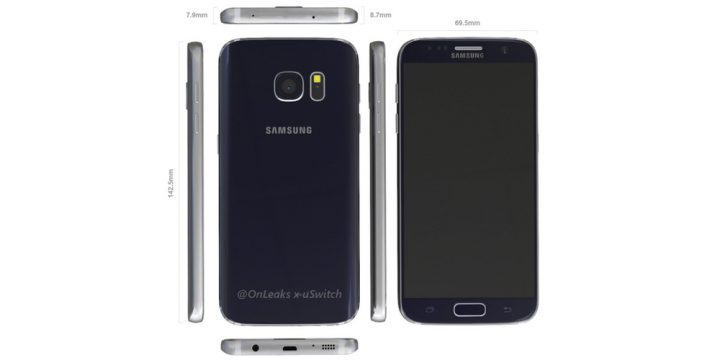 Initially rumors started off by stating Samsung would be releasing four different models, which seemed like a lot. Those being a regular Galaxy S7 and Galaxy S7 Edge, then a Plus sized model of both flagship smartphones. However, a bigger Galaxy S7 could cannibalize sales of the Galaxy Note 6, which is coming this fall.

According to @evleaks that isn’t the case, and instead the company will unveil three smartphones in late February. His sources provided an image header showing all three models of the new smartphone. Those are unofficially official as the Galaxy S7, Galaxy S7 Edge, and the S7 Edge+.

Honestly surprised by this (though it does explain a lot). pic.twitter.com/B7fL41qShm

His own reports earlier this year claimed we’d see four different phones, but as the release date grows near the details are starting to firm up. If accurate, a regular 5.1 or 5.2-inch Galaxy S7 will be released along with a curved display variant in the Galaxy S7 Edge, just like in 2015. However, Samsung will also release a large Galaxy S7 Edge+ model at the same time.

We’re still not sure what the Edge+ will be all about. Most likely it will feature a 5.7-inch display similar to the Galaxy S6 Edge+ released in August, but a few leaks have suggested a more pocketable and usable 5.5-inch display. Leaving the bigger screen size exclusively for the Note lineup in the fall.

For now, no one really knows until more leaks surface or Samsung takes the stage on February 21st in Spain and reveals everything. With that said, here’s what we’re hearing will complete the Galaxy S7 based on rumors.

It’s a long list, and many of them are things people want and have been rumored, but may not come to fruition. Last year Samsung ditched micro-SD cards for users to expand storage on their own, took away removable battery options, and made a more premium glass and aluminum phone. We’re expecting the same this year, but some of those key features could make a return.

We’re hearing in 2016 the overall design, shape and features will remain the same, but they could add a micro-SD slot to the SIM tray, similar to the Moto X. The battery will not be removable, and we’re hearing they could offer some sort of IP67 water-resistant feature like the Galaxy S5 a few years back. However, that’s hard to believe.

Multiple leaked videos, case renders and more all suggest the design will be almost identical. With the same design across the board, but the new camera on back won’t bulge out as much, making for an overall thinner and more sleek device. We’ve also seen a few leaks that suggest the Plus model will have a more squared, bigger home button and fingerprint scanner.

For now though, it’s still too early to tell. Rumors have been back and forth on everything from models, features, options, micro-SD slots, storage amounts, the Iris eye scanner technology and more. Until more leaks surface of the actual device or more concrete evidence, everything needs to be taken with a grain of salt until Samsung confirms it themselves. That being said, the Galaxy S7 should be announced on or around February 21st, and be available the same day or by the end of the month. Stay tuned for more details.