It looks like the Samsung Galaxy Tab 2 7.0 Jelly Bean roll out has begun, as the update is now reportedly rolling out to owners of the Wi-Fi only version of the device both Over-the-Air and through Samsung Kies, the software that Galaxy Tab 2 7.0 owners can use to update the manually.

Samsung has been on a tear lately with its Android 4.1 Jelly Bean roll outs, beginning with the upgrade for the Samsung Galaxy S2, a device from 2011, and more recently, the long-awaited roll out for the Samsung Galaxy Note, the company’s aging 5.3-inch phablet. Now, it appears that Samsung has rolled out yet another Android 4.1 Jelly Bean update, this time, for a tablet. 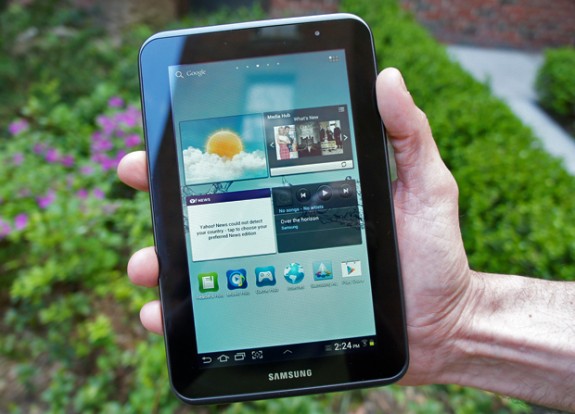 The Galaxy Tab 2 7.0 Jelly Bean roll out has begun today.

The Jelly Bean update is said to be Android 4.1.2 and it’s available in three different ways. The first is through an OTA update that will be pushed out directly to the device. Owners who wish to update this way will want to check in the device settings for the update. The second, is through Samsung Kies, which requires owners to download the software and update by plugging the device into a PC.

The third is by installing the update manually using a file from SamFirmware. We only suggest the third option for those that are adept at manually installing Android software.

Android 4.1 Jelly Bean will be a huge upgrade for Galaxy Tab 2 7.0 owners as it brings a number of enhancements including a smoother UI, Google Now, improved Google services and more.