Just a month ago Samsung told the press that they had “no plans” to launch their new 7.7-inch Galaxy Tab in the U.S., but most of us here at GBM suspected that it would make its way across the pond in time for the holidays. The truth ends up being a little of both.

Samsung just announced the Galaxy Tab 7.0 Plus, which has many of the same specs as the Tab 7.7 we saw at IFA, but also some few key differences. It will be available at the end of October in Indonesia and Austria, followed by several other countries around the globe, including the United States, sometime after that. 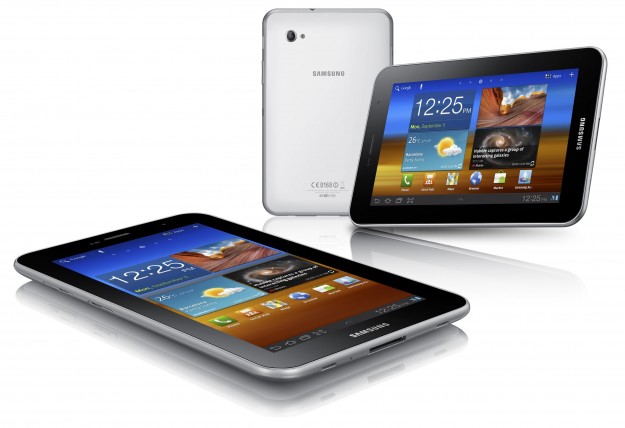 Among the differences between the Tab Plus and the Tab 7.7 is display size: this version has a 7.0-inch screen and is not Super AMOLED Plus, 1280 x 800 res, but PLS LCD with a lower resolution of 1024 x 600. The company claims that the tablet will still play full HD movies and comes with a bundle of codecs to up the number of video formats it will play.

Inside, a 1.2-GHz dual-core processor backed by 1GB of RAM runs the show, not a 1.4-GHz CPU. There will only be two versions: 16GB and 32GB; no 64GB as of yet. However, unlike the Tab 10.1, there is a microSD card slot which accepts cards up to 64GB, so you can potentially expand the memory to 96GB. Not bad for a tablet.

The Tab Plus will still run Android Honeycomb 3.2 (though I’m not sure how they got that past Google since Honeycomb tablets are supposed to have higher resolutions than that) with the TouchWiz UX skin from Samsung on top. 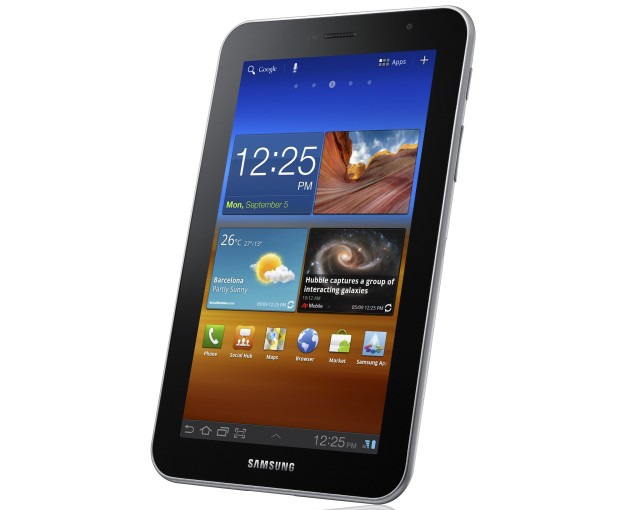 The company didn’t announce pricing yet, but given the race to the $199 price point Amazon started with the Kindle Fire, it wouldn’t surprise me if the Galaxy Tab Plus matched that (for the Wi-Fi only version, at least).

I am making an assumption that there will be a Wi-Fi version — that wasn’t mentioned in the press release. Samsung did highlight that the Tab Plus is capable of HSPA+ mobile broadband connectivity, further solidifying those rumors that the device will be sold via T-Mobile.

With the first Galaxy Tab launch, every major US carrier got  chance to play with the Wi-Fi only version coming out many months later. However, for the larger 10.1 and 8.9-inch versions, Samsung released Wi-Fi versions first and the 10.1 has just one mobile broadband version on Verizon Wireless. I’m hoping the company follows the latter model.

Still, I’m disappointed that the version we’ll see isn’t the same one Xavier saw at IFA. That display is really impressive, and it would have been nice to see.