Samsung Galaxy Tab 7.7 and Galaxy Note Could Still Launch in the U.S.

As you might know, the IFA conference is taking place in Berlin right now and some pretty awesome gadgets have been announced. We’ve seen two promising Windows Phone Mango devices get announced by HTC and we’ve also see two devices from Samsung generate a pretty big buzz, those devices of course being the Samsung Galaxy Tab 7.7 and the Galaxy Note. 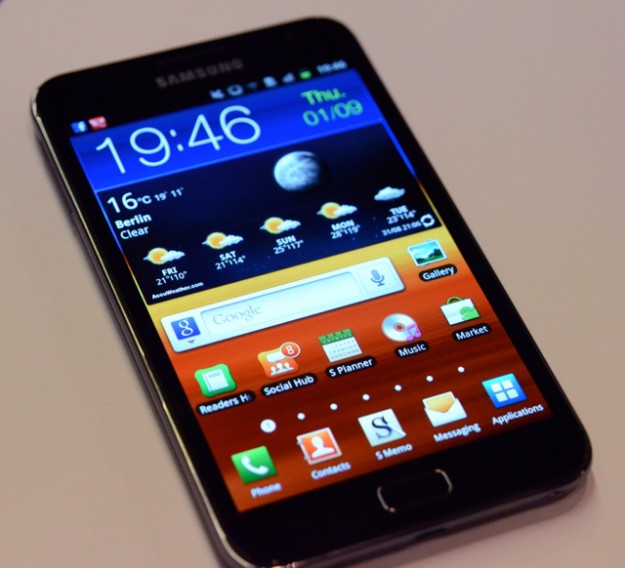 This of course has led to much moaning and groaning from Samsung’s audience in the United States. But before any of you let out another, let’s clarify a few things here. First of all, Samsung never outright said that it wouldn’t be launching these things in the United States. It said that it currently has ‘no plans’ to. A very ambiguous statement and as Xavier pointed out in the original article, it could mean a couple of things.

One, it doesn’t currently have any American carriers on board and thus, the ‘no plans’ statement. Plans can change. If a carrier approaches Samsung or Samsung enters into negotiations with a U.S. carrier and a deal can be made, one or both of these devices could certainly find their way to the U.S.

And two, this is a conference in Europe. When devices get announced, they are usually announced with European launch windows. Case in point, the HTC Titan and HTC Radar Mango Phones that were announced yesterday. They got European launch dates but nothing on U.S. availability. Does that mean they won’t launch in the United States? Absolutely not.

It’s possible but I think both are too unique not to bring stateside.

Same deal with the Galaxy Tab 7.7 and Galaxy Note. These are two fairly unique, very marketable devices that could certainly find a niche in the U.S. market. And more than likely, a carrier in the United States will agree.

So don’t get too frustrated by Samsung’s ‘no plans’ here. It wasn’t meant to stir up the pot, instead, it was a completely honest and truthful statement. Samsung doesn’t have plans to release these devices in the United States.