According to SamMobile, the Galaxy Tab 8.9 (GT-P7300) has begun to see its Android 4.0 Ice Cream Sandwich update roll out. It appears that those who own the 3G version of the tablet in various regions of the world are seeing the update today either through an Over-the-Air update or through Samsung Kies. Samsung Kies, of course, is Samsung’s application that allows it to deliver updates to its OS X and Windows users.

The update, which comes in the form of Android 4.0.4 Ice Cream Sandwich, brings the device up from Android 3.0 Honeycomb, a vast improvement for owners of Samsung’s 3G-enabled 8.9-inch tablet. 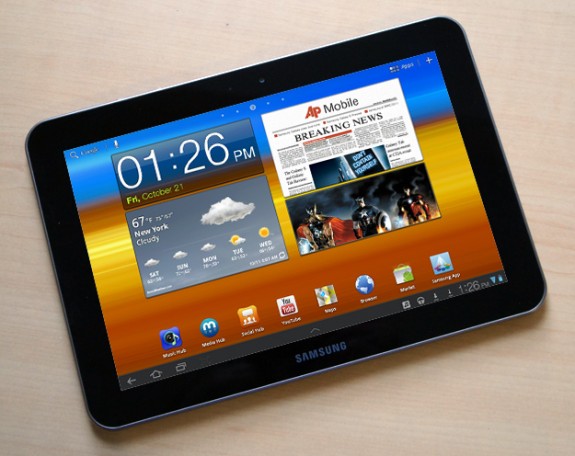 The Galaxy Tab 8.9 ICS update is rolling out to 3G models of the device.

Android 4.0 is going to bring an overhauled version of the Android UI, improved Notifications and re-sizable widgets, more lock screen functionality, improved functionality for spell check and typing, as well as a new Favorites tray and home screen folders.

It’s a big step up from Android 3.0 Honeycomb and those who own the 3G version of the Galaxy Tab 8.9 are likely going to want to take the time to download and install the new software as it’s going to greatly improve the experience on the tablet. 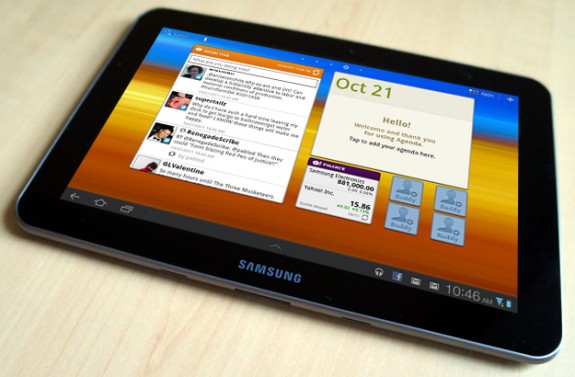 We’re not exactly sure what this means for the 4G LTE models on AT&T and Verizon but the fact that the update is rolling out to owners of the cellular model means that those two should be seeing updates at some point down the road. Neither AT&T nor Verizon have confirmed exactly when the device will be seeing the software arrive and it could be a matter of weeks or months before we see the updates touch down.

But given today’s news, it could be that they are much closer than that. Only time will tell.