Last year Samsung announced its first virtual reality headset, the Gear VR. It was shown off during the Note 4 launch event and only worked with the Note 4, not to mention was priced out of reach for many. Now, a year later, the Samsung Galaxy VR has partnered with Oculus and is finally available this week for only $99. Below are a few things prospective buyers need to know.

Virtual Reality headsets are a unique product with a lot to offer, and the future of mobile entertainment and gaming, according to some. Below is a quick video showing off the new “consumer edition” Gear VR that went on sale this week, a few examples of what it has to offer, and more.

Samsung has partnered with Oculus, which promises to deliver the best VR experience possible, and their approach is a headset that doesn’t have a display. Instead it uses the power behind Samsung’s latest flagship HD smartphones to bring the virtual world to our eyes.

The Gear VR first launched as a beta product limited to one device and was priced at $199, which is why many haven’t been able to enjoy all it has to offer, try out virtual reality gaming, watch movies like never before, and so much more.

However, that’s all about to finally change. While others like the Google Cardboard are cheap, and the steam-backed HTC Vive isn’t available yet, the new Gear VR is affordable, works with multiple devices, and will be available in time for the holidays as the perfect gift.

Attaching a smartphone to the headset and downloading a few apps are all that’s needed, strap it to your head, and users can start truly enjoying VR for the first time. Any smartphone display is used to give users a full view of nothing but a virtual world. Perfect for enjoying movies, playing games, visiting cities and other worlds, or even sitting court-side at the latest LA Lakers Basketball game, all without leaving your couch. 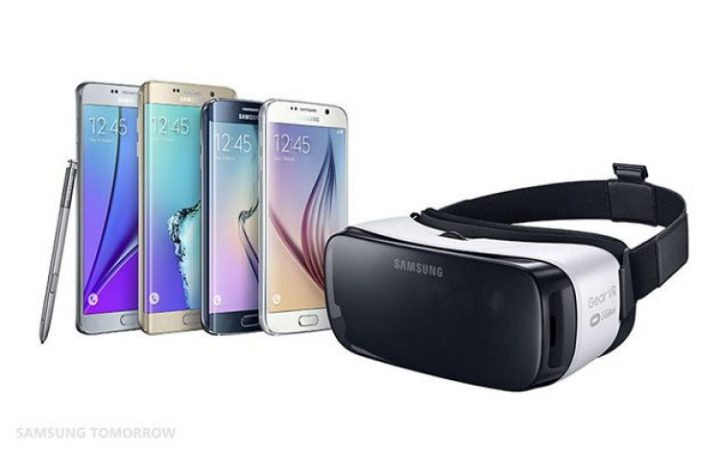 The power behind Samsung’s smartphones are the heart of the device, and have more than enough power to push the experience with 8-core processors and high resolution screens. The Gear VR, as shown in the video above has controls on the sides, attaches easily to the users head, and delivers stunning visual experiences.

The original Oculus Rift was designed with gaming in mind, but the possibilities are endless if the VR trend catches on and gains popularity. That all starts with the cheap Gear VR for $99 this holiday season, and a slew of other options will be available in 2016.

The original Gear VR only worked with the Galaxy Note 4, which made it a device only select people could use. Google’s Cardboard VR headset is more universal, but not nearly as polished of an experience, and navigation is done by moving your head to see, select, and do anything. Instead, the Gear VR does things much different, and promises to be much better.

The new Gear VR works with all of Samsung’s recent high-end smartphones released in 2015. The Galaxy S6, Galaxy S6 Edge, Note 5, and Galaxy S6 Edge+, making it a device that more people can use and enjoy. Delivering Quad-HD resolution images, videos, virtual worlds and gaming right to our faces.

While no one expected to be able to get a quality VR headset until sometime in 2016, or spend a lot of money, Samsung’s kicked things off early. The brand new Gear VR consumer edition went up for pre-order this week, available to order now, and will begin shipping in time for the holiday season.

Samsung’s Gear VR is available from Samsung.com, Best Buy, and Amazon, with more likely coming in the near future. It’s currently available in Black or White.

As shown above, the Samsung Gear VR “Consumer Edition” is finally ready for the mass market, and is available for pre-order starting this week for just $99. It comes in Black or White, and is the first true VR headset that’s worth buying. We’ve seen a few others arrive, cheap knock-offs on eBay that use the Google Cardboard VR app, and even LG released a cheap option that worked with the LG G4, but it wasn’t nearly close to being a complete product like the Gear VR.

Of course the most important question is when can you get one? The Samsung Gear VR that is available to pre-order today at the links above will begin shipping on or around November 20th. Just in time for the holidays and perfect for techie friends, family, or a gift for yourself.

General availability in select Best Buy stores should also start around November 20th, but supply will be limited. Carriers like T-Mobile will also be offering the Gear VR starting November 27th, and likely will offer deals to get one at a discount or free with the purchase of the new Galaxy Note 5.

The Oculus Store is already loaded with a wide selection of “made-for-VR games” such as Land’s End, Bandit Six: Salvo, and Dead Secret, and more, not to mention support for Vimeo videos and short clips, Netflix and others. Then, games like Gunjack and Anshar Wars 2 are coming in the near future, along with countless other games, videos, apps and more to make it worthwhile. 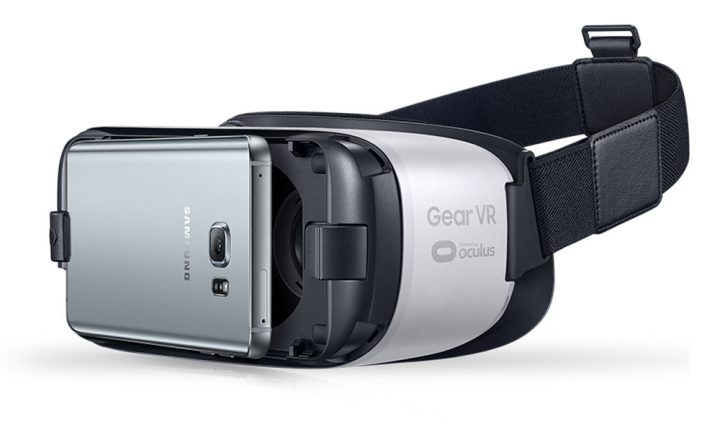 It’s worth noting that the actual Oculus Rift, the original that earned millions of dollars as a kickstarter project back in 2013, will finally be available in early 2016 as a wired headset that connects to a computer for a more complete VR gaming experience. The Oculus will be much more expensive with a built-in display, while Samsung’s Gear VR is all wireless and uses smartphones. Expect more details, titles and “made for VR” apps and games to be announced in the coming weeks just in time for the November 20th launch of the Gear VR. Are you buying one?
Related Topics:AndroidGear VRpre-orderrelease dateSamsungSamsung Gear VRsmartphonevirtual reality