Sasmung and Google now have two devices together–the Samsung Nexus S, which is the second-generation Nexus product, and the Galaxy Nexys, which is the third and most recent Nexus smartphone on Google’s lineup–and a leaked Git repository suggests that the two companies will be once again partnering for a third device in the future. At this point in time, it’s unclear if that device will be a phone, like the partnership’s past offerings, or if it will be a tablet in the future.

According to the leaked Git repository, Samsung’s Exynos processor was specified as a chipset. The specific chipset is the Exynos 5250, which will be a dual-core CPU based on the ARM Cortex A15 reference design with a Mali T-604 graphics engine. For comparison, the quad-core Exynos number used on the Galaxy S III flagship is the Exynos 4412 with ARM Cortex A9 and Mali 400 GPU. 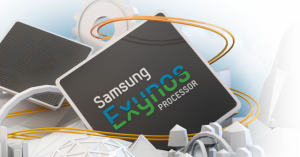 As Samsung Mobile–the arm of Samsung that produces consumer smartphones, tablets, and music players–and Samsung’s Exynos units are separate, it could mean that the Samsung Exynos CPU spotted in the Git repository could be a chipset that may be used by another manufacturer. This means that Samsung Mobile may not get the official bid for the next Nexus, but given Samsung’s scale and the Samsung Mobile is the largest Android manufacturer, this could help Google deliver a device at a lower cost.

According to Droid-life, another feature of the next Nexus is a 1280 X 800 resolution display, which is found on the current Galaxy Note, a 5.3-inch device with a slightly wider display when held in portrait orientation than the traditional 720p display used on smartphones like the Galaxy S III or the HTC One X. The 1280 X 800 resolution is also found on Android tablets, so it could suggest that either Google is interested in the Note’s form factor or Samsung may be the next Nexus Tablet manufacturer.

In the past, it’s been rumored that Asus is on deck with the Nexus Tablet, which will come in a 7-inch form factor and a price point that will effectively compete against Amazon’s Kindle Fire tablet, which itself is based on Google’s Android platform but cuts out the Google experience in favor of Amazon’s digital storefront.