We saw the T-Mobile variant of the Samsung Hercules strut it stuff in front of the camera last week and now it’s the model headed to Canadian carrier TELUS’ turn to show us what its made of. Yes ladies and gentlemen, what you see here is a Galaxy S II device of the Hercules variety that will be headed to the Great White North at some point in the future.

The device is said to be powered by Android 2.3 Gingerbread, sport a 4.5-inch display, 1.2GHz dual-core processor, a 2MP front facing camera, as well as possessing the ability to run on TELUS’ HSPA+ 42Mpbs network. These photos also give us a good look at its Nexus S-inspired design.

In addition, we get a look at the Hercules’ benchmark scores which show off a very impressive 3,359 Quadrant score. Yeah, this is going to be an absolute beast of a smartphone folks. 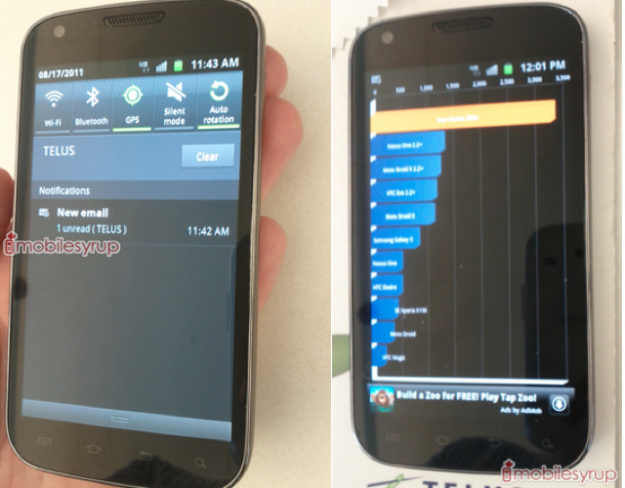 Now, we still don’t have any pricing or release date for TELUS but the device is rumored to be coming out on October 26th for T-Mobile so we have to think that a release in Canada will fall right around then as well.