The Samsung Infuse 4G for AT&T went on sale for only $49.99 at Target for a limited time. Samsung released the phone a couple of months ago, so it is not one of the latest phones on the market, but it looks good enough that I am going to replace a smashed iPhone 3GS with this phone, completing my shift from iPhone to Android. 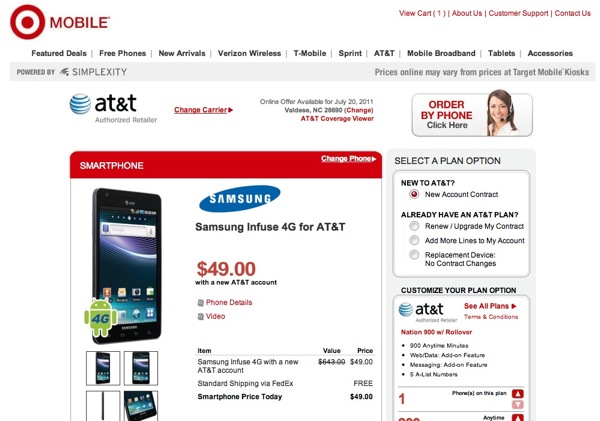 Samsung and AT&T marketed the sharp Super AMOLED Plus 4.5″ display with a series of commercials showing how the display was good enough to fool mother nature. Here is one sample. We posted the others previously.

In addition to the gorgeous display, the Infuse runs on AT&T’s faster 4G network and operates with a fast 1.2GHz dual-core processor. The 1750 mAh battery powers the huge display so that the phone doesn’t quit after a few hours. Some users still complain about short battery life which is understandable with such a big screen.

This phone while large measures only 8.99 mm thin. Few phones can compete. The Samsung Galaxy S II is slightly thinner. 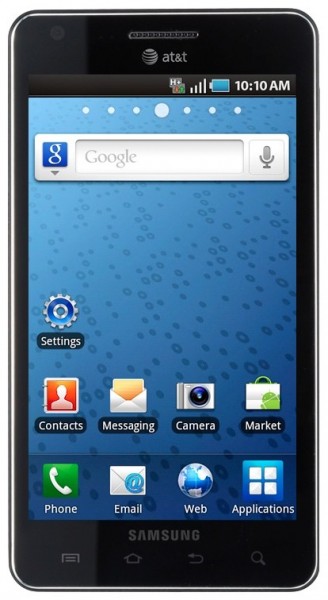 Samsung and AT&T priced the phone at $199 at launch date. I saw it at Sam’s Club yesterday for just under $125 and almost pulled the trigger then. Sure am glad I delayed until I learned about this deal. AT&T and Target require a 2-year contract with a purchase. Those with a new contract will be required to sign up for a 900 minute plan. It supports Wi-Fi tethering which costs $45/month including 4GB of data. Amazon once had it for $30, but they are now charging $149.99. AT&T charges $199.99.

You can pick one up at Target brick and mortar stores or order it online.