Samsung had introduced two new chips that will make smartphones even better. The company had introduced a faster version of its ARM-based dual-core Exynos processor, which is one of the stand-out features of Samsung’s flagship Galaxy S II smartphone, along with a better camera sensor that can capture better stills and videos.

The new Exynos processor is now bumped to 1.5 GHz, up from the 1.2 GHz found on current generation Galaxy S II smartphones. The increase in speed should match the 1.5 GHz dual-core Snapdragon S3 chipset that’s found on the new T-Mobile Galaxy S II smartphone, which is the only Galaxy S II variant to use a non-Samsung processor and it is speculated that the reason for this is due to Qualcomm’s support of the faster 42 Mbps 4G HSPA+ network speeds on T-Mobile’s network. The Exynos 4212 will use a low power 32 nm architecture and though it is faster than the current 1.2 GHz dual-core chips from Samsung, it is also 30 percent more power efficient. 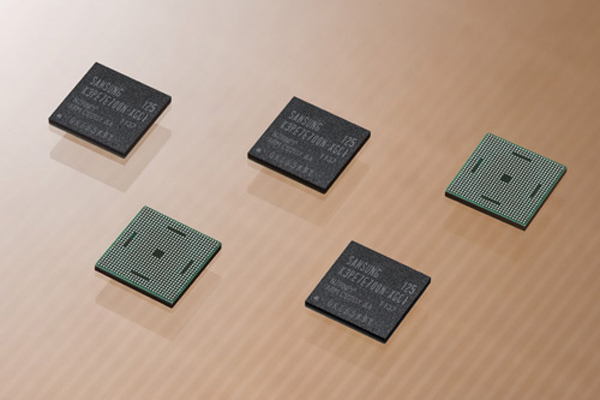 Samsung’s also introducing a new image sensor. With its smartphones already being among the top integrated smartphone cameras on the market today with great low light image capture, the new image sensor should help to make Samsung smartphones even more compelling for those who use their phones as a camera. The sensor is now capable of capturing up to 16 megapixels for stills, that’s a big leap from the camera phone king–the Nokia N8–with a 12-megapixel sensor. Additionally, 16:9 aspect ratio HD videos can be captured at 60 frames per second for silky smooth video capture, up from the 30 frames per second of today’s phones.

Both chips are available today and products are expected in the near future with these new innovations.