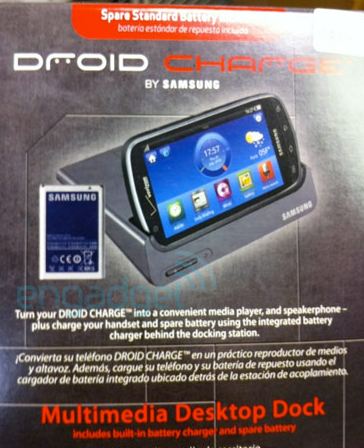 Prior to the launch of the Samsung-made Droid Charge for Verizon Wireless’s 4G LTE network, the smartphone-maker has posted the source code for the device on its own website.

Android makers are compelled by Google to release source codes to what they optimize on their devices by using the Android operating system. This way, the codes are then evaluated by developers and users to ensure compatibility and reduce fragmentation:

Uncontrolled customization can, of course, lead to incompatible implementations. To prevent this, the AOSP also maintains the Android Compatibility Program, which spells out what it means to be “Android compatible”, and what is required of device builders to achieve that status. Anyone can (and will!) use the Android source code for any purpose, and we welcome all such uses. However, in order to take part in the shared ecosystem of applications that we are building around Android, device builders must participate in the Compatibility Program.

However, manufacturers who create custom user interfaces, like Samsung TouchWiz or HTC Sense, do not need to contribute the source code for their UI back into the Compatibility Program.

The Droid Charge will utilize Sasmung’s TouchWiz user interface, a UI that we saw on the Verizon Wireless Samsung Fascinate Galaxy S variant. The TouchWiz UI gives Android a new user experience and takes over the Android UI rather than complement it. There are changes to how icons are displayed and the app drawer will require users to scroll horizontally through pages, similar to iOS, rather than vertically like on most Android devices.

As the source code has been posted, a launch is anticipated to happen within the next several weeks.

As a 4G LTE smartphone, Verizon is promising speeds 10 times faster than browsing speeds on a 3G device.