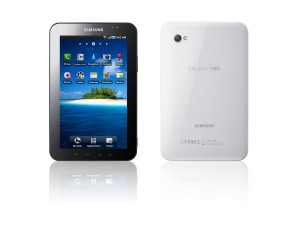 In a move to thwart hackers and developers from running unauthorized ROMs not intended nor created by Samsung for the Galaxy Tab, Samsung may be releasing a future firmware for the Android tablet that would lock down the device. Builds of the firmware–JM6 A, C, and D–have been leaked, and developers are saying that the new firmware have bootloaders that are signed to prevent unauthorized firmware from being loaded onto the Tab. This would essentially restrict roots and custom firmware, ROMs or OSes from running on the Tab as it would need to be signed.

Electronista is reporting that developers are hoping that if and when released, the lockdown can be circumvented with a simple software work-around and won’t require any hardware modifications or tweaks. It’s unclear if Samsung intends on releasing these more locked-down version of the firmware, or if the company is still experimenting with the strategy.

While the U.S. government has approved hacking on smartphones, such as those running Apple’s iOS or Google’s Android platform, through the process of rooting or jailbreaking through revised Digital Millennium Copyright Act clauses, the rules do not go far enough to prevent companies from locking down their hardware to make it difficult to root or jailbreak nor extend to the consumer the knowledge by forcing hardware and software makers on releasing technical details to enable hacking.

Hardware and software makers have argued, despite the “openness” behind Android, that a system that is too opened may be subject to piracy when it concerns third-party apps. Furthermore, as manufacturers try to create a smooth, seamless user experience, they want to create a curated experience, much in the same way Apple has done in the past, by preventing users from tinkering with that experience.

The benefit then, to official Google hardware, such as the Nexus One and the Nexus S, is that the bootloaders are unlocked so that users can experiment with different firmwares, hacks, and custom ROMs.