Africa seems to be the hotspot for mobile PR these days with Nokia having taken some stunning sample images with their Nokia 808 PureView 41-megapixel camera and now the continent may play host to Samsung’s third-generation Galaxy S III flagship Android smartphone if rumors pan out. According to PhoneRPT, the much anticipated Galaxy S III smartphone may debut in Cape Town, South Africa at the Samsung Africa Forum conference, which is one of the largest mobile forums in Africa. This information should be taken as pure conjecture at this point as Samsung has not sent out press invitations to international media regarding the launch, and as the Galaxy S III is a major product announcement for the company it would be unlikely for Samsung to keep the event quiet. 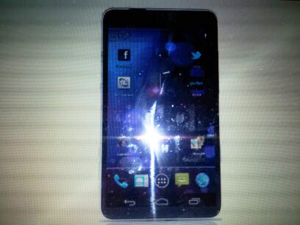 In the past, Samsung has stated that it intends on announcing the product in the first half of this year. The company gave no indication as to when that would be and stated that it would communicate the announcement details at a later date. The flagship was supposed to have debuted at Mobile World Congress in late February, but Samsung had decided at the last minute to pull the phone from its MWC lineup, citing the fact that it did not want a long period between announcement and product availability. The product has since seen several speculated launch dates with the latest speculation that the device would launch in April.

Given that Samsung is a major sponsor of the Olympics, the phone may likely be announced before the summer games occur and Samsung may do added publicity with the device, possibly by giving them out to athletes.

The latest leak on the device suggests that it would have a near edge-to-edge display, a buttonless design, a large screen, and run Android 4.0 on a quad-core CPU. The phone would support LTE where available and will have NFC support as well. The device may also come with wireless charging capabilities.