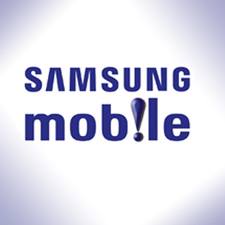 Though neither of the company’s latest Galaxy smartphones nor tablets have begun to go on sale in the U.S. as of yet, the success of the Galaxy S II overseas is pushing Samsung to be a bit more aggressive with its product offerings. Company exec JK Shin told the Wall Street Journal that the company will be releasing a 4G LTE-enabled Galaxy Tab 10.1 later this year and a potential refresh of the Galaxy S II, perhaps a Galaxy S III, in the first half of 2012.

Shin wasn’t specific on details, but Samsung is showing its leadership in the Android space. Ever since the company had made its big Android push with the launch of the original Galaxy S smartphone–which was available in the U.S. as the Samsung Captivate on AT&T, the Sprint Epic 4G, the T-Mobile Vibrant, and the Verizon Wireless Fascinate–it had grown to be the leading smartphone and tablet manufacturer in the U.S. The company was one of the early companies to release a tablet, with an Android 2.2 Froyo-powered Galaxy Tab 7-inch.

Since the Galaxy S debuted, the company has released a number of Android smartphones in the U.S. and abroad, and it is estimated that more than half of the smartphones that Samsung sells rely on the Android OS, a figure that Samsung plans on increasing though did not specify by what margin. The company also makes phones powered by the Bada OS as well as Microsoft’s Windows Phone 7 platform. Samsung had recently announced that its Galaxy S II has done well overseas, and is the company’s fastest selling smartphone in history.

An aggressive launch for phones and tablets would mean that shelf life for current models would be extremely short. This could potentially be a double-edged sword. While new models may entice users who want the latest gadgets, it could also deter users who may want to purchase a smartphone as their is fear that Samsung could introduce an even newer model soon after, which could drive consumers to a wait and see approach to buying.

Though Samsung has found success in Android, it is not without some headache. The company was also recently sued by the tablet leading iPad-maker for infringement–that lawsuit is still on-going.

It’s unclear which carrier Samsung intends on targeting its Galaxy Tab 10.1 4G LTE version at–AT&T is expected to launch a 4G network in the second half of this year and Verizon’s roll-out is already underway with three smartphone launches already, and a Motorola Xoom tablet that will be upgradeable to 4G for free when the new modems are available. In the past, Samsung had seemingly maintained a carrier agnostic approach to launches, rather than take on carrier-exclusive model launches. Its Galaxy Tab and Galaxy S smartphone was found on all four major U.S. carriers. A 4G LTE tablet would deliver up to 10 times the mobile broadband speeds of 3G networks.

The company’s WiFi-only Galaxy Tab 10.1 is expected to launch in the U.S. soon.