Samsung has announced at its Samsung Developer Conference, a first ever, in San Francisco, California that it now sells over 1 million mobile phones every day. The next step for the maker of the Galaxy Android smartphone, according to executive vice president David Eun, is to connect these devices together.

“We know many of these devices and screens are connected,” Eun said.

While Eun is vague on Samsung’s vision for the connected life, the possibility of a global network of Galaxy devices and other connected appliances that Samsung manufactures in a peer-to-peer style network is not difficult to imagine. Rather than building server farms, perhaps these hyper-connected gadgets that we are toting around can play host to Samsung’s next network. 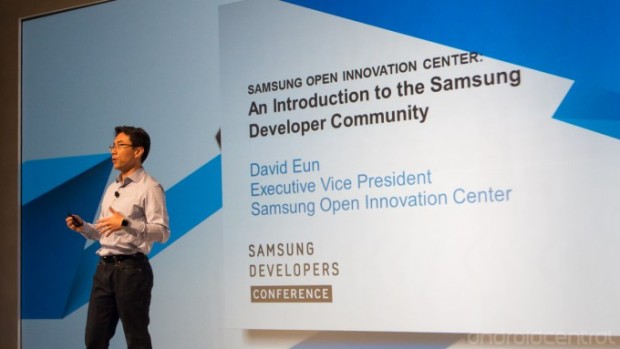 “This is largely due to the fact that some 40 percent of the population connects to the internet. We hope to build along with you one of the largest platforms in the world for content, services, apps and ads. We call this the connoted [SIC] home, and the connected life,” Android Central reported.

As phone adoption is starting to slow down as the market is becoming increasingly saturated, phone-makers are looking at other connected devices for growth opportunities. So far, these efforts have resulted in connected appliances, the connected home, connectivity in the car, and wearable computing devices like smartwatches and smart glasses. The challenge still is to create a user experience that’s simple where these devices can connect and talk to each other and not require too much management from the end user while at the same time useful data.