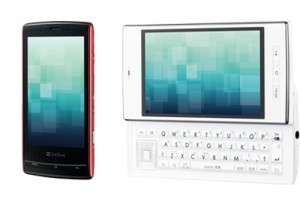 I was excited to hear that Sharp would be bringing its Galapagos line of smartphones to the U.S. market, and at CES we were able to get a hands-on demo to see what the fuss was all about with the glasses-free 3D experience. I came away pretty impressed, as users of the Galapagos glasses-free 3D smartphone were not only able to view content in 2D or 3D, but they can also adjust how much depth they want in the 3D by adjusting the viewing experience.

Moreover, in addition to consuming 3D content on the phone–photos, videos, and games–Sharp is also enabling users to create their own 3D content. With the Galapagos phone, unlike other 3D-enabled camera, there aren’t two camera lenses to capture 3D images. Rather, Sharp has built in software to make 3D images out of a single camera lens, allowing users to take the first shot, and then move the camera over a little to take the next shot. You can see what we mean by taking a look at the video above.