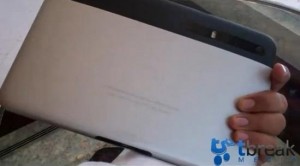 In addition to a rumored WiFi-only model of Motorola’s Android 3.0 Honeycomb tablet, the Xoom will also be headed to GSM networks. A silver model with a GSM radio was spotted in Dubai. That means that in addition to a 3G CDMA Xoom, a 4G LTE Xoom, there will be a WiFi-0nly Xoom, and a GSM Xoom. If the GSM Xoom tablet does launch in the States with either AT&T or T-Mobile USA, it’s unclear however if it will get the 3G branding or a 4G branding, that is if the device supports an HSPA+ protocol that the U.S.-based carriers are touting as 4G.

Motorola Xoom Hands On from Tbreak Media on Vimeo.