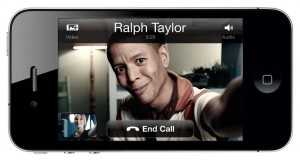 Skype has just released an update to its iOS apps, which will now allow video calls and chat with other Skype users. The service will work with Skype calls between the desktop platforms, the iPhone 4, and iPhone 3GS. With the 3GS, users will have to make due with the rear camera as the device doesn’t have a front-facing camera.

The service will work over 3G and WiFi, though Engadget reported that video quality over 3G was choppy. Additionally, battery life may be an issue with video calls.

Now, in addition to FaceTime and Yahoo chat with video, users will have the opportunity to use Skype on their iPhones to conduct video calls. While the latter two requires additional account setup and log-in information, Apple’s FaceTime technology works with just an email or telephone number from the user, but the service is for now limited to iPhone and Mac users.

Skype so far has not mentioned anything about an update to its Android client that will allow video calls.